Organisers of Sand Music Festival set for Subird Nkopola in Mangochi District from October 1 to 3 have announced that they will be honouring legendary musician Mtebeti Wambali Mkandawire by naming the main stage after his name.

Wambali died of Covid early this year and his death shocked the creative industry.

Sand Music Festival founder and Director Soldier Lucius Banda said Wednesday that the country has lost many legends in the creative industry but Wambali was huge, hence honouring him.

“It’s been a sad year, so to say, if you look at the artists we have lost but Wambali is the biggest. We looked at the length and period Wambali served Malawi in terms of music; he is big, hence we thought of honouring him by having the Wambali main stage,” Lucius said.

He said he is still at pains that he was not able to bid farewell to him as, during his burial, he was in hospital.

“It is unfortunate that we are doing it when he is gone but we will remember him through this music festival. He was a great musician,” Lucius said.

He said they will also make efforts to have Wambali’s family present during the 11th edition of the festival.

The festival, which has moved from Sunbird Livingstonia in Salima due to renovations, will this year have headliners for Friday, Saturday and Sunday.

For the first time in the history of the festival, organisers have also announced South Africa’s veteran gospel musician Sipho Makhabane, popularly known as ‘Big Fish’ of the ‘Over and Over’ fame, as the international headliner for Sunday.

“This year, we have close to 10 international artists. This year, we have an expensive festival and we would like people to experience something new. We want people to be present during all the three days, hence having a headliner for Sunday. With the shift I have made by moving to gospel music, I will be available to perform for a short time and I am praying that, come that time, everything should be fine,” Lucius said.

Despair of persons with albinism 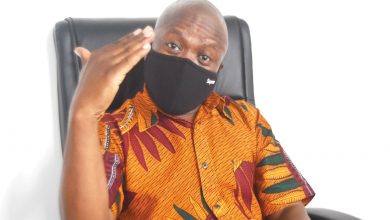