Speaking during a whistle-stop tour which he had in Chitipa and Rumphi districts on Tuesday, Chilima also implicated DPP in the recent break-in at Mec regional offices in Lilongwe, where Closed Circuit Television (CCTV) equipment was reportedly stolen.

Chilima, who recently claimed that DPP had a voter rigging machine, challenged that he was neither afraid nor shaken in disclosing such details to Malawians.

He, however, said, despite such developments, people should not be discouraged from voting in the May 21 Tripartite Elections, saying DPP would not manage to rig the polls.

“But let them know, whether they have stolen cameras or anything, they will not manage to rig the elections. On that, we are strict. Do not get worried; they are not experts. They are deliberately stealing cameras so that you should get worried… no, go and vote,” he said.

Chilima was DPP torchbearer and State President Peter Mutharika’s running mate in the 2014 elections. Recently, Mutharika also claimed that some political parties wanted to bring people from Russia, Nigeria and India to rig the forthcoming elections.

But Dausi Wednesday expressed shock at Chilima’s sentiments, saying he should register his complaint to the police and file a case with the courts.

“As State Vice-President, if he starts revealing things…I don’t think it is on. If he has complaints, let him go to police or court,” Dausi said.

“Our claims that 2014 elections were rigged have been vindicated… you may recall that honourable [Ulemu] Msungama went to court after he noted serious anomalies during the elections and the court ruled that votes should be recounted.

“Now, DPP got worried because they knew it would open a can of worms. And they decided to torch the Mec warehouse. This should not make Chilima an angel today because he benefitted from the rigging,” Mkaka said.

University of Livingstonia political analyst George Phiri said Chilima should not speak on issues that he has no evidence on, urging him to provide evidence on the matter so that the law should take its course. 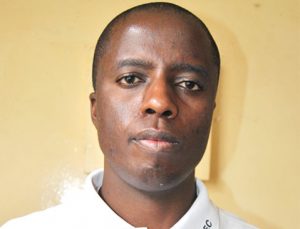 Meanwhile, Mec Director of Media, Sangwani Mwafulirwa, Wednesday confirmed that there was a break-in at the commission’s regional offices at Area 3 in Lilongwe on Tuesday night.

“The burglars managed to open a window and cut bars. We did a check if there were things that went missing, and our stocktaking shows that there is none missing,” he said.

He said Mec suspects that the burglary may have occurred in view of the payment processes of allowances that were done on Monday for accounts officers that are involved in paying poll staff which the commission is training.

He said the police were investigating the matter and warned electoral stakeholders to restrain from peddling allegations of rigging in the absence of substantiated evidence.

“There were two police officers and two security guards so we have them for questioning,” he said.