The realm of local literature is slowly divorcing its status as a stagnant industry. Today, the poetry and prose-fiction scene is in the same breath with other disciplines of art. It doesn’t come as a surprise that more creative players are flocking onto the poetry scene to try their luck and win audiences. Those with a real knack for literature only have to think out of the box in order to move audiences to a point of giving them a round of applause. But for those that are forcing things, they have to dig deeper to stand a chance of creating a fan base.

One of the literary minds to have emerged with signals of real skill and disciplined craftsmanship on the creative podia is poet and writer Joseph Daniel Sukali. He has created a name for himself as a gifted writer and poet. All his previous literary works have given the impression that he is not a fluke but rather a pure gem in story-telling, in the process, guaranteeing audiences of human-interest themes in his choice of messages.

In one of his books Dealing with a Heartbreak; Therapy for a Broken Heart, Sukali is in top form as he delivers home a powerful discussion on how one can rediscover rhythm in the aftermath of a broken relationship. The ‘not-yet-done’ sprouting author puts emphasis on the importance of finding yourself after being let down by love. He points out at the do’s in one’s walk to recovery. Above all, Sukali delivers a deep message on the importance of not crawling on one’s beautiful bones to beg for bad love to stay and the need to start afresh once a storm hits the peace of one’s heart.

Wonders of My Perception is also another literary project that positions Sukali up there with some of the best poets and writers in terms of content and delivery competence.

This is a poetry anthology that houses seven pieces of spoken-word poetry and is another perfect demonstration by the author that art is indeed a weapon that drives home messages of social significance. The anthology has poems such as Equally human, Wonders of my perception, where do we go when we sleep, I raped my mother, Scars of depression, Dear black child and Hooligan’s dark paradise. All the poems have a matching fingerprint in that they all speak of life – it is wonder and mystery.

His other works are Whispers of beating hearts, a joint anthology and the highly rated Harnessing inner tranquillity which made profit sales and attracted a buying price of K2 million. Basically, the book preaches of free-will and the importance of independent decisions on affairs of the heart and individual conduct. It emphasizes that an individual should be governed by his autonomous thinking unlike social expectations.

Born on December 27 1994, the author is the first born in a family of three children, two boys and a girl. Born from ‘chemistry’ of a Lhomwe father from Blantyre and a Lambia mother from Chitipa, the author revel in a diversity of tribe.

The youthful author did his secondary education at Nankhunda Seminary in Zomba. He later got a transfer to finalise his academic studies at Malosa Secondary School in Zomba. From there, he got admission to study for a Bachelors of Arts Degree in Theological studies at Mzuzu University in the Northern Region of Malawi. After completion of his studies, he became a History teacher before switching jobs.

Sukali embarked on his artistic path as a song writer who did not ride on his verses. He was much of a bookworm known for his showbiz name ‘MweneMugamba among his peers. Mwene Denotes King and Gamba denotes gangster. According to him, he was born with a gift of art.

He said: “When I was at Nankhunda Seminary, I fell in love with African Literature and music. I remember spending all my study hours reading novels and writing. It was till when I went to Malosa Secondary School that I shared my first piece in public. Then on graduation day I recited my first piece that touched so many hearts, it was there that I knew I was meant to do this.”

“The fact that those who had given ear to my poetry, sang praises of my skill and appreciated my room for improvement, drove me crazy about poetry and literature as an artistic domain. I have since then embraced growth as a poet and long may it continue,” he adds.

To this day, Sukali has published several works in the local newspapers, magazines, international journals, Newsletters and online platforms.

Sukali expressed satisfaction on the impact he has had in the industry this far. He has come across a cross-section of big names in the literary industry, the likes of Robert Chiwamba, Yankho Seunda, Q Malewezi and Anthony Gunde.

“I have a dream, a dream to present Malawi on the global stage. For that to come about, I have to keep on dishing out powerful messages that will appeal to international audiences. In so doing, putting my country on the map as pertaining to literature of substance,” he said.

Sukali said he is always on toes in an effort to deliver messages of social interest. However, the country runs low on the fuel of reading culture. He observes that the shortage of bookworms in the country has financial consequences in the sense that published books have a narrow market. Sukali’s observation resonates well with Jomo Kenyatta’s famous adage that reads: “If you want to hide information from a Black Man, hide it in books.”

“It is difficult to penetrate the local book market here in Malawi because not many people are willing to read. That affects the book sales because the market keeps on diminishing instead of ascending the sales ladder,” he said.

In the end, Sukali advised fellow writers to keep soldiering with the pen as they eye for international recognition and openings on foreign soil.

Sukali also recently released a book titled A Dance in the Mud.

Abuse not the demos 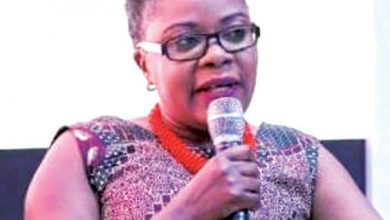