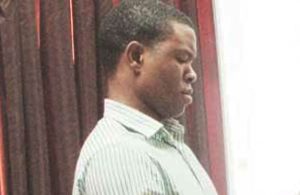 The Malawi national football team should expect rainy and scorching weather conditions in their match against Cameroon in Yaounde on October 12.

The two teams meet in a Group B 2019 Africa Cup of Nations qualifier before playing the return match at Kamuzu Stadium in Blantyre four days later.

Flames Team Manager James Sangala and Football Association of Malawi Finance and Administration Director Christopher Mdolo were in Yaounde as an advance party to arrange for the Flames’ arrival in the Central African country.

Speaking in a telephone interview Thursday from Addis Ababa, Ethiopia, on their way back to Malawi, the two officials said the weather in Cameroon is hot and humid, with regular intervals of heavy rains.

Sangala said their visit was a normal exercise under Fifa regulations, which require visiting teams to book accommodation in advance and inspect training grounds.

“The main purpose of our visit to Cameroon was to prepare for the team’s arrival next week. We have managed to secure accommodation for the team and necessary arrangements for the forthcoming game are in place.

“It is rainy season in Cameroon and it is raining heavily. But we have identified the right training grounds and everything is in place,” he said.

Flames assistant Coach, Peter Mponda, said Kanyenda is not the first former national team player to be engaged for the task as Lawrence Waya and Bob Mpinganjira were also called up to help.

“We value the input of former national team players in our training sessions. We have been doing this for some time. We asked Kanyenda to come and help in sharpening our strikers. He joined us on Wednesday and it was great to see him interacting with the strikers.

“We did the same with [Be Forward] Wanderers Coach Bob. We even asked Lawrence to help us. We are looking at the possibility of having a special trainer for strikers in the national team,” Mponda said.

The Flames are third in Group B with three points after a 1-0 win over Comoros Islands in their first match.

Cameroon lead the group with four points, with Morocco coming second with three points, courtesy of a better goal difference over the Flames.

Comoros anchor the table with one point from two games.