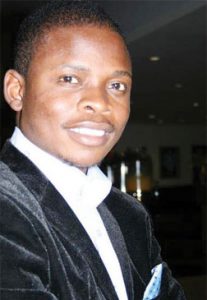 Flamboyant preacher and founder of the Enlightened Christian Gathering (ECG) Prophet Shepherd Bushiri has taken on South African police officers who wanted a bribe of R10 million (K520 million) to dismiss cases the Man of God is facing in South Africa, his spokesman Ephraim Nyondo confirmed on Friday

South Africa’s elite police called the Hawks have been investigating the controversial Prophet for alleged money laundering which his handlers dismissed this week as mere extortion tactics to force the Man of God to pay up.

“Some intelligence officer demanded R10 million from Prophet Shepherd Bushiri in exchange for squashing all alleged criminal cases against him but as a man of God, he refused and they reduced the money to R5 million and later R1 million. When they discovered that the Prophet was not cooperating, they started making threats” Nyondo explained.

“One Captain [name withheld] called the prophet the day before and threatened to deploy a police helicopter to embarrass and arrest the prophet during church service.” he added,

Nyondo said that when the prophet refused to pay and the police sent the helicopter to hover around above the church, flying low and causing a lot of noise, almost disrupting the church service and everyone was curious about the mission of the helicopter.

“All these alleged cases against Bushiri were fabricated in order to extort money from him and to soil his good name and reputation,” Nyondo said

Bushiri has since opened a case of extortion with the Independent Police Investigative Directorate (Ipid) against crime intelligence unit cops. He also reported the threats to the crime intelligence inspector-general Setlhomamaru Dintwe.

Dintwe’s legal adviser advocate Jay Govender confirmed Bushiri had filed an extortion complaint with them and it was being investigated.

“We have received a complaint from Dr Prophet Bushiri. The matter is still under investigation hence we are unable to comment at this stage,” she said in a written reply to a South African newspaper last week.

Butshiri’s lawyer Ntsako Baloyi also confirmed that the clergyman had filed extortion complaints with the two law enforcement agencies against the suspects.

“The ordeal started during February 2018 in which one known as captain [name withheld] personally went to the prophet in the company of a few police officers and other individuals who introduced themselves as attorneys and advisers to the then deputy president of South Africa.

“The first group of cops wanted R10m from him to make his ‘cases’ disappear,” he said in written statement.

Baloyi said the amount was first reduced from R10m to R5m and later R1m, when Bushiri refused to budge corroborating Nyondo’s earlier explanation

Baloyi claimed that when the pastor refused to fork out the R1m ransom, he was subjected to a series of harassments and abuses.

“Captain [name withheld] called the prophet the day before and threatened to deploy a police helicopter to embarrass and arrest the prophet during church service,” said Baloyi.

Milliseconds in a year