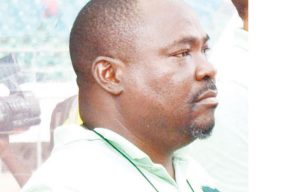 Silver, who left the country on Wednesday morning, will play the strength-testing match at Ruaraka Stadium in the Kenyan capital.

Silver Coach, Lovemore Fazili, said the team was in high spirits ahead of the friendly.

“Our preparations have been good and we are set. We are going to Gabon looking for a win so that we finish the business at home,” Fazili said.

“We have good players who only need to gain exposure. So the match is very important for us as we head for Gabon. The match will also give us a final test before we face our opponents in Libreville,” Yobe said.

The Central Bankers have travelled with a squad that is without Jack Chiona, Mike Robert and Newman Mwamsamale due to injuries.

Some of the players who have made the trip are Ghanaian in-form striker Michael Tetteh, Nigerian defender Yinusa Sherrif, Young Chimodzi Jnr, Levison Maganizo, Thuso Paipi and Duncan Nyoni.

Veteran striker Green Harawa and attacking midfielder Victor Limbani have also made it into the final squad.

The match against Tusker will be Silver’s first international friendly in their preparation for the continental competition.

The Bankers lost 2-0 to Be Forward Wanderers at Kamuzu Stadium in Blantyre last weekend before defeating Mafco 2-1 in Salima District.

Nyasa Big Bullets take on Gor Mahia in the Caf Champions League with a date against winners between Nigerian side Lobi Stars or US Louam of Cameroon on the cards should they progress.

Silver’s full squad is as follows:

The power of dance