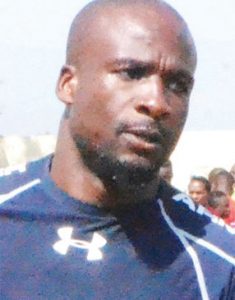 The two players are suspected ring leaders behind a revolt in the team, leading to its dismal performance this season.

In view of this, the players have stopped reporting for training as they are being investigated. Kameza and Chitedze appeared before a disciplinary committee last week.

“As you are aware, we set up a commission of inquiry and, during the investigations, it was established that the two players were implicated in misbehaviour. I will not tell you what they did to avoid jeopardising investigations,” Tseka said.

Kameza Wednesday confirmed that he was being investigated alongside Chitedze.

“We are being accused of being behind the team’s poor performance this season. They say we are leading the sabotage but we do not know what happened,” the former Evirom FC goalkeeper said.

Chitedze said he was yet to be briefed on the matter.

“I am just hearing reports from people because I am on holiday after I got engaged last Sunday,’’ Chitedze said Sources claim that the players were asking their colleagues not to work hard during matches.

But Fazili was recalled last week while Songo is under investigations.

With eight league games to wind up the season, Silver’s chances of winning the Super League title are slim.

The Bankers are on third place on the log table with 44 points, eight points behind leaders Nyasa Big Bullets.

Silver failed to defend the Airtel Top 8 trophy after losing to Blue Eagles. Their woes worsened by their exit from Carlsberg Cup, leaving the Fisd Challenge Cup as the only opportunity for the Bankers to win silverware.

Silver’s underperformance undermine their ambition of taking part in either the Caf Champions League or Confederations Cup this season.