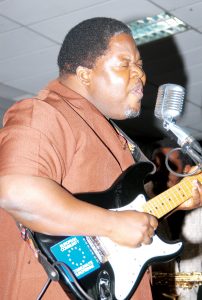 It is difficult to limit Sir Paul Banda to one adjective.

Music has, save for his teen years, been the common thread that has defined his life.

Paul, like all of us, is a political man too, but one that has stood aloof from it— which is a clever idea because it has made him truly a man of all people.

Of course, Paul is brother to Malawi’s other music great, Lucius— popularly known as Soldier of the Poor [Soldier, in short]— but Paul was the first to get out of the music closet, becoming one of the founders of Alleluya Band in the 1970s.

The other giant step Paul took was to establish Imbirani Yahweh (IY) Studios, which shaped Malawi music in more ways than one.

Musicians of all ilk, be it up-and-coming or established, flocked to IY to be polished up, notably Lucius himself, Mlaka Maliro, Billy Kaunda, Paul Chaphuka, Cos Chiwalo, among others.

At the personal level, Paul churned out more than 15 albums under his belt, if a lone music video album of old songs has to be thrown into the picture.

And, oh, he even had time to retire from active music, to concentrate on his IY Studios’ work.

And, oh, he has even had the time to come back.

In short, Paul’s story has been a typical out-in-out-in story. He was out [before he became active in music], in [after he joined the cause of music, playing it using make-shift guitars and then joining Alleluya Band], out [after retiring from music in the late 1990s] and in [again, after rediscovering his guitar and feet, so that he now performs live on stage.

His life revolves around music.

The songs are Lucius’ ‘Mayi Zembani’ and Paul’s ‘Amayi’.

In short, the persona in the song laments that, after being deserted by the father, life was [was and not ‘is’ because the persona is recollecting, taking the listener through what the persona went through] tough. The persona then blames the father’s drunkenness for challenges encountered in life.

The father is an irresponsible persona who loves his bottle of beer more than his biological children. If the persona had a chance, he would have strung the father from the nearest tree decades before.

The persona is, like Lucius the musician, open-minded and telling it as it is. No beating about the bush because life was, simply, hell on earth.

Contrast with Paul in ‘Amayi’, which goes:

In short, the persona in Paul’s song is affable, as shown through the persona’s choice of words. The persona dwells on positives, thanking the mother for all the love, even when things were tough.

The persona, unlike the ‘Mayi Zembani’ persona, even finds time to ask God to bless parents [the mother and father], irrespective of their shortcomings.

Surely, the lyrics cannot come out of the blue. Experiences colour our lives.

Paul has always been this fatherly, affable figure that keeps to himself both in real life and music.

Indeed, time has done nothing to his ingenuity. Love, God, peace, and good human relations continue to be his themes, which pierce deep into the listener’s heart, making the music-lover realise their responsibility over nature, man, and their allegiance to God.

If anything, he seems to have mastered time; knowing when to bow out, and when to come back.

It is as if he were the time manager.

However, Paul seems to have fallen on bad times, health-wise. It is time Malawians came to his rescue. There is surely a need to contribute funds so that Paul’s health can be oiled, and Malawians can continue to enjoy his music.

Another consultant on Fam’s radar