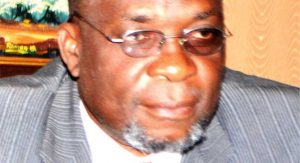 The Anti-Corruption Bureau (ACB) has closed investigations on files of six companies for their alleged involvement in the 13 case files of individuals named in the K236 billion forensic audit report.

In 2015, a financial analysis report by an audit firm established that about K577 billion of public funds could not be reconciled between 2009 and 2014. The figure was later revised downwards to K236 billion in another forensic audit.

In an interview with Malawi News last week, ACB Director General Reyneck Matemba said the bureau has done considerable work on the issue involving the 13 files.

Matemba disclosed that, so far, six files of six companies were cleared and have been closed.

“So far, the ACB found no evidence of wrongdoing with respect to six companies and the companies were duly cleared and files closed. Some of the companies are Top Prima, Rumage Pace, Chicago Enterprise, Malachite and Kasco Enterprises,” he said.

He said the bureau is still investigating the remaining seven files but Matemba could not be drawn to disclose details of the remaining companies.

“Investigations with respect to the remaining seven files are ongoing with strong prospects of some of them resulting in prosecution, according to our preliminary findings. The ACB cannot disclose details of the companies and the owners that are likely to be recommended for prosecution,” he said.

Earlier this year, Matemba appealed to Malawians to be patient with the bureau as it probes the cases, saying, sometimes one file can take up to months before it is concluded.

Officials have also kept a tight lid on those implicated in the initial 13 files even though Public Accounts Committee of Parliament (Pac) Vice-Chairperson Kamlepo Kalua repeatedly claimed he knew names of seven Cabinet ministers who are in the files.

During the launch of the National Security Policy in Lilongwe in March this year, President Peter Mutharika called on the ACB and Pac to get to the bottom of the audit query.

On several occasions, Mutharika had rubbished claims that some of his Cabinet ministers were implicated in the audit query and challenged those making the claims to bring forth supporting evidence.

The President is on record saying he would not shield anyone implicated in the theft of public funds and went further to state that the investigations on corrupt acts would not be done to please anyone.

No funding for Blantyre Bypass Road