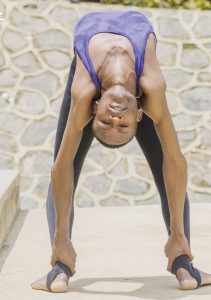 It has become a rather usual or monotonous statement to write now and again that the country has immense talent in different artistic disciplines but has failed to break even both on the local and international stage due to lack of support.

In a country where much attention is drawn to other sectors with no support to the creative industry, artists continue to sweat to shine and even when they have materials on the market, they do not benefit from their sweat with people working out means to get them for free.

Take music for instance, musicians spend a lot to come up with songs in the studio and it even gets tougher when you talk about an album – there is so much work involved and you have to have a fat wallet to finalise everything on time.

It is the same chorus for theatre, filmmaking, visual arts, poetry and other disciplines where people would love to watch some of the works for free and not reward artists by buying the artworks or patronising the events.

It is even a sad tale when you hear the budget that goes to the Ministry of Youth, Sports and Culture particularly the Department of Arts and Crafts and Monuments – small budget showing that it is an industry that is not valued and yet it has contributed a lot to the economic development of the country.

But enough of that, there is talent in the country which if given enough support and resources would do enough to develop Malawi.

One such talent that has stunned many people in the country is youthful Steve Shando.

Some people might know him because of social media where others, who have watched him perform have posted some of his pictures on Facebook.

Shando has performed in a number of events playing as a curtainraiser and not as a headliner.

He was also a curtainraiser during the Association of Teaching of English in Malawi (Atem) regional finals in the Southern Region held at Chichiri Secondary School Hall in Blantyre.

Shando was given the platform when one of the schools was preparing itself to stage their play and his short set was enough to impress the audience.

He left people asking themselves questions as to whether what he offered was magic.

Imagine someone taking a two litre bottle of water non-stop and if that is not enough, imagine someone bending his body like a wire? That is not something simple but to Shandon that is as simple as an alphabet.

He tells it all with a little smile that he loves doing this and that it was something which no-one taught him but rather it is an in-born talent.

Shando can bend his body as if he does not have bones and such is his immense talent that he has used to entertain many people.

Recently he also played as a curtainraiser during a show organised by musician Simmy Stings at Jacaranda Cultural Centre (JCC) in Blantyre.

Shando is not the only person, who has such a skill in the country, there are many but some have no access to the platforms to do that.

Shando said what he normally does in bending his body and showing a number of skills is what he calls himself a contortionist.

It is quite a heavy world but for those, who used to work with the Student Companion in secondary school then the word contortionist is not at all strange. According to the meaning in a dictionary, a contortionist is an entertainer who twists and bends their body into strange and unnatural positions.

This is what Shando can do because his body is flexible and on top of that, he is an entertainer.

“It is not magic and all what I do is nothing but practice and give myself time. As for drinking a two litre bottle non-stop, health experts advise that we should be taking at least two litres of water every day and so that is why I am used,” Shando said.

He said he was not the only one, who does that as there were a lot of people in the country only that many lack the platforms.

“It is time people accepted and embraced what we do. This talent needs to be given space and valued. We should also be given a chance to hold own shows and even be headliners because we can entertain,” Shando said.

Born on 11 October 2000, Shando was raised by a single parent and that he was the only child.

Living in Blantyre, Shando did his primary and secondary in in the city.

“So as I indicated earlier, what I do is inborn. No-one taught me and I started doing it when I was very young. I kept on doing it until in secondary school where I was always entertaining fellow students during assembly as well as during variety shows,” he said.

Shando said at first his mother did not want him to be doing this but later she decided to offer him all the support.

“My mother Joyce Shando has always been there giving me support. I also would like to thank people like William Shumba and Tawonga Nkhonjera, who have pushed to me to be where I am today. I am still not yet there, I am still learning more tricks but with time I hope to offer more. I would love to show what I do on bigger platforms and even represent the country at international platforms,” he said.

For him, the sky is the limit and that currently he was pursuing tertiary education online with Real Yoga Academy doing meditation.

“Through online, I have a part-time teacher, who is helping me up to upgrade myself. There is just so much to do and I believe with proper support this trade can be a force to reckon with in the country,” he said.

Will Peter Mutharika do the needful?