Malawi’s headline inflation rose to an average of 9.4 percent in 2019, affected by biting food prices, latest figures from the National Statistical Office has shown.

The development means that the Reserve Bank of Malawi (RBM) has missed the inflation target of 9.2 percent for 2019 by 0.2 percentage points.

In December, headline inflation shot up by 1.1 percentage points from 10.4 percent in November driven by surging food prices.

The country’s maize prices have been on the upsurge in recent months due to a sharp fall in the supply of the commodity.

According to NSO food and non-food inflation rates stood at 19.3 and 4.9 percent, respectively in December.

“Maize prices increased strongly during the year causing persistent high food inflation. This is a challenge for monetary policy because it creates negative inflation expectations despite the fact that the source of inflation is from the supply side.

“As repeatedly explained in the past year, the modern monetary policy that the RBM adopted, requires that the expectations should be well anchored. But food prices will collapse and converge towards non-food inflation, assuming there will be no any serious supply shock in 2020, hence, this challenge is considered temporary,” Ngwira said.

RBM harbours a long-term ambition of achieving an inflation rate of 5 percent by 2021 which would help pull down interest rates to around 11 percent.

Recently the International Monetary Fund (IMF) said RBM’s ambitious target of attaining five percent inflation by the first quarter of 2021 will depend on improved agricultural resilience.

“In recent years, weather shocks such as extreme droughts and floods have taken a huge toll on Malawi’s economic activity. Last year, Cyclone Idai affected agricultural activities especially in the south but good harvests in other parts of the country dampened the negative effect.

“Going forward, prioritisation and implementation of policies in Malawi’s National Resilience Strategy will be key in adapting and building resilience to climate change shocks,” Gwenhamo said.

This is coming at a time there is uncertainty on this year’s crop production owing to excess rains being received in some parts of the country coupled with fall armyworms and African armyworms that have affected some crop fields.

Ministry of Agriculture, Irrigation and Water Development recently indicated that the fall armyworms have destroyed 144,000 hectares of crops, affecting 467,000 farmers in all agricultural development divisions nationwide.

The figure is almost triple that of 2017, when President Peter Mutharika declared 20 out of the country’s 28 districts as disaster areas following a fall armyworm outbreak after 133,083 farmers were affected. 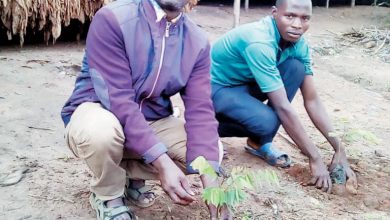