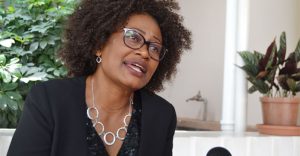 An assessment of the openness of public contracting in Malawi has revealed that there is lack of compliance with existing laws, regulations and instructions, which perpetuates fraud and corruption in the procurement of agricultural commodities.

The assessment, released by Hivos Hub for Southern Africa, further notes that there is lack of capacity in institutions to effectively deliver their roles and mandate in public procurement.

The assessment report, which was validated on Friday in Lilongwe by Hivos and the Civil Society Agriculture Network (Cisanet), evaluated processes surrounding the 2016 Maizegate as a case study.

Among other recommendations, the report emphasised the need to establish an independent body, a majority of its members being non-State actors, to monitor public procurement proceedings.

“There is need to establish mechanisms for citizen participation in the planning, procurement and management of public contracts, since the Public Procurement Act (PPA) of 2003 has just been amended and the regulations are yet to be amended, this can be considered through the amendment of the regulations under part X of the Public Procurement Regulations to include a division that provides for public participation including in supplier performance assessment,” reads the report in part.

Hivos Country Coordinator, Baldwin Chiyamwaka, said there is need to develop mechanisms for oversight institutions such as Parliament and the National Audit Office to routinely and systematically engage citizens to provide oversight to procurement proceedings.

“We should amend the Public Audit Act to make it a requirement that all annual reports to the President or the Speaker should be published both in a full and abridged versions on the National Audit Office website,”he said.

Inflation back to single digit