Super League of Malawi (Sulom) leaders were taken to task on several issues including television (TV) rights as delegates questioned administrative flaws which seem to be hampering the top flight league.

However, Sulom top brass assured delegates that they would iron out issues and also go for a new TV rights deal and also promised an improved sponsorship package.

After a delay of about one hour 30 minutes, Sulom annual general meeting (AGM)’s programme began at exactly 10:03am yesterday.

About 60 delegates, three from each Super League team, gathered in Mangochi to discuss pertinent issues regarding administration of the TNM Super League.

The much anticipated AGM could not have come at a better time than now as teams have been longing for it after it failed to take place last year due to Covid.

Before the meeting started, team officials were seen outside the room in groups supposedly discussing contentious issues to tackle later in the day.

Concerns on league sponsorship amount and television broadcasting rights were some of the highlights of the gathering.

However, Sulom President Tiya Somba Banda, in his opening remarks played it quick when he hinted on new sponsorship deal with league sponsors TNM.

“We have been engaging Sulom on the issue of sponsorship and I can tell you that we have almost finalised discussions with the sponsors, TNM, and we have agreed on a lucrative new deal that soccer fans will be surprised with. I can assure you that, in a fortnight, we will be calling for a press briefing to announce the deal,” Banda said.

In February this year, Football Association of Malawi and Malawi Digital Broadcasting Network Limited (MDBNL) agreed to start beaming games on Mpira TV but, according to Banda, the deal has not met expectations.

“The deal has not lived up to our expectations. MDBNL has a small subscriber base. Our projection was that we would have about 10,000 subscribers on MDBNL. It was unfortunate that only 425 of the 12,000 people that have MDBNL decoders had subscribed to the pay channel,” Banda said.

He said, after engaging Ministry of Sports officials, they gave them the go-ahead to negotiate with other television broadcasters and that, soon, they would be announcing new deals.

He said games would still be beamed on Mpira TV with only, with a new service provider.

The meeting also tackled the issue where some teams proposed the introduction of playoffs to determine teams that get relegated from, or promoted to, the league.

Banda said the issue was a constitutional matter and that proper channels have to be followed to make the amendments.

“There is a need to call for an extraordinary annual general meeting to discuss the matter and, if affiliates agree to amend the constitution that governs the league, it would then take effect the following season,” Banda said.

The development means as usual, three teams will be relegated from the league and other three promoted from lower leagues as has been the case previously.

However, Ntopwa Technical Director Isaac Jomo Osman, whose team has unofficially lost the relegation fight, pleaded with Sulom for further consideration to which Banda insisted that it was not possible.

“I am impressed with how the meeting was held because we were given time to express ourselves. The only concern is that we were not given enough time to go through financial report.” Gulaimfa said. 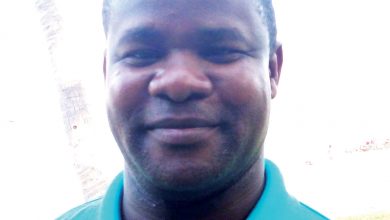