Mamelodi Sundowns put breathing space between themselves and their South Africa DStv Premiership rivals with a 2-0 victory over Baroka FC at Loftus Stadium yesterday.

Sundowns made just one change to their side, with Lebohang Maboe coming into the attack alongside Themba Zwane and Gaston Sirino.

The Brazilians had two chances in quick succession in the opening four minutes. First, Mothobi Mvala had his shot blocked by the defender before Lyle Lakay had a shot that narrowly missed the upright.

Soon after, Sundowns keeper Denis Onyango smartly saved Ananias Gebhardt’s header from a Gerald Phiri Jr free-kick as the visitors began to up the tempo.

With chances in open play few and far between, Lakay’s low free-kick deflected off the wall before being saved by Bakgaga shot-stopper Elvis Chipezeze.

Shortly after the half-hour mark, Mkhulise floated a delivery to the far post where Gaston Sirino met it first time only to see his effort go over the bar.

Phiri delivered the free-kick into the box and Manuel Kambala took a right-footed shot on the right side of the six yard box but missed to the right. Soon after, Masiya got to the byline on the left-hand side after a lovely little flick around the corner and he cut the ball back for Joslin Kamatuka but Mosa Lebusa made a timely interception. Kick Off

Flames in clean bill of health 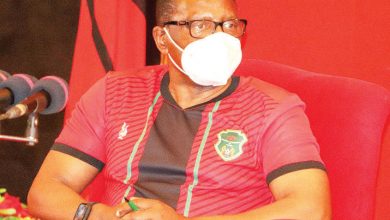