The 2017 Malaria Indicator Survey (MIS) revealed that at least four million malaria cases occur each year. It further revealed that children under the age of five and pregnant women are most likely to have severe illness.

However, preventive measures are being implemented across the country. In Lilongwe, strategies have been put in place to deal with the disease.

Nkhoma Mission Hospital is implementing Indoor Residual Spraying (IRS) campaigns as a way of doing away with mosquitos, which spread malaria.

Village Head Julius of Traditional Authority Mazengera praises the campaign’s approach which, she says, will adequately deal with malaria.

“We have a child who was being frequently attacked by malaria. He used to be in and out of hospital. But when our homes were sprayed with the chemicals, the boy has not suffered from malaria again,” Julius says.

She adds: “Mosquitoes are no longer bothering us. Since the beginning of this year, I have not heard of any child who has been hospitalised due to malaria in my village.”

Malaria Coordinator at Nkhoma Mission Hospital, Thokozani Makina, says since they embarked on the IRS campaign, malaria cases have gone down in the hospital’s catchment area.

“Hospital data indicates that one or two children are treated as in-patients per day. In the past, we could have over 70 per day. The wards, most of the times, were full. Today, the ward is empty. We have managed to reduce incidents of malaria in our catchment area,” he says.

Apart from Julius Village, the improvement is also noticeable in villages such as Mkhale, Gwenembe, Limbani and Mchilawagalu.

Makina says they started the IRS campaign in 2009 and that, over the years, they have been changing chemicals they use. Currently, they are using a chemical called Terminator.

“The chemical is effective. Before and after doing the exercise, we conduct studies, post-spray studies have revealed to us that Terminator is working,” he says.

National Malaria Control Programme (NMCP) Director, Michael Kayange, says IRS is one of the contributing factors to the reduction in malaria cases in the country.

“Last year, we did Indoor Residual Spraying in Nkhotakota. This year we are expanding to Mangochi. We will have two districts. The impact in Nkhotakota is quite big,” he says.

Kayange, however, describes IRS as expensive.

“In Nkhotakota alone, we are talking about $4 million (approximately K3 billion). Mangochi is taking about $5 million per year. This is a lot of money. We cannot talk of the whole country, unless we stopped doing everything else and we just concentrated on malaria control,” he says.

Terminator, the chemical being used at Nkhoma Mission Hospital is supplied by AHL Chemicals and Steel Limited. The company’s general manager, Edmund Chirambo, says they have the capacity to supply the chemical to the whole country if requested to do so.

“At the moment, we are able to supply all our partners who are involved in IRS. We also produce for individual household use,” Chirambo says.

He adds: “It has also been proven to be very effective in the reduction of malaria cases and makes true the saying that ‘prevention is better than cure.’ Prevention, in this case, becomes way cheaper and simple.”

But Kayange says the government has put in place guidelines for organisations and other stakeholders who intend to venture into IRS.

“We don’t bar organisations from embarking on IRS. They just have to make sure that they cover the whole district. Our current guidelines are that they must cover 80 percent of sprayable structures within the districts,” he says.

Apart from IRS, the government is implementing a number of other measures in the fight against malaria. These include case management, distribution of insecticide-treated mosquito nets through mass campaign or to pregnant women and social behaviour change communication.

The target for Sustainable Development 3 is to ensure healthy lives and promote wellbeing for all at all ages. One of the specific targets is to end epidemics of Aids, tuberculosis, malaria and neglected tropical diseases by 2030.

National Malaria Strategic Plan (2017– 2022) also aims to scale up malaria interventions to reduce morbidity and mortality by 50 percent in 2022. This is regarded as a step towards the achievement of national vision of a malaria-free Malawi.

IRS and other interventions are obviously measures that will help in the realisation of that goal. It, therefore, remains to be seen how the government will take seriously the fight against malaria as the strategic plan has three years remaining.

It is the success of this plan that will feed into the global target of ending malaria by 2030. 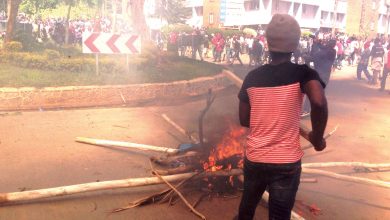 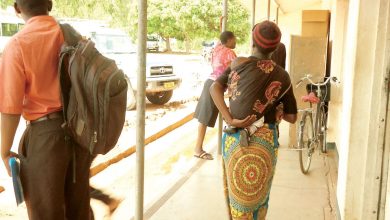