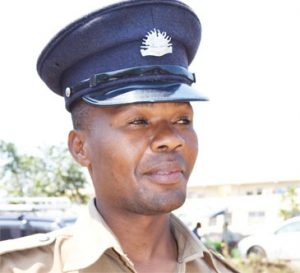 Police in Bangwe Township in Blantyre have arrested a 47-year-old teacher, Harry Thokozani, for being suspected of raping three girls on separate occasions.

Thokozani is a teacher at Chisombedzi primary school in the area and the three alleged victims are of 14, 15 and 16 years.

According to deputy spokesperson for Limbe Police Station, Pedzisai Zembeneko, when one of the girls revealed to her friends that Thokozani had raped her, the other two girls also said the same teacher had raped them.

Zembeneko said Thokozani has been charged with three counts of defilement, abuse of office and indecent assault.

He said the girls reported the matter to the school’s head teacher, who together with other members of staff took the girls to Queen Elizabeth Hospital for medical tests but chose to keep the results under wraps.

“When the results were out, instead of informing the girls on what had been found, they chose to keep those results. That’s when the girls reported the issue to their parents who thereafter reported the matter to Bangwe Police Station, who arrested the suspect,” Zembeneko said.

Zembeneko said the Police have already taken the three girls to hospital for medical examination but the results will only be tendered in court as evidence.