Jamisoni Chinyama was a man full of passion in everything he did; be it tilling the land in his old age — despite his blindness — or in narrating the fine details of what he had gone through in his youth.

As a young man, he followed local football until that fateful day in 1973 when he lost his eyesight. But even though he was old and frail, he remembered the details of the football he saw at Kamuzu Stadium.

Jamisoni worked for a bakery in Limbe. While on duty one night, the routine work he had done with ease throughout the years proved fatal. As usual, he intended to remove cooked bread from the oven. Unfortunately, hot dough popped into his eyes, the inhouse clinic — in a bid to save his eye — only made things worse.

As a boy, aged three or thereabouts, he lost sight in his left eye. Until 1973, he was a one-eyed soldier who was so energetic — in recognition of his mould, we nicknamed him the GPM (German Pump and Motors). Around 1971, he told us, Jamisoni cycled from Limbe to Salima in four days.

The ridges he made were without any fault onewould think a tape measure was used. He had become a farmer in 1975 at Scheme 5 in Salima, an initiative introduced by former president Kamuzu Banda.

Some day in 2009, there was a gathering that required his presence in Blantyre.

News had reached him that the travelling party would leave him behind. Refusing to be outwitted by the rest, he was at the door of my mother’s house as early as 4.00am.

Malawians in the South African league, the closest you have for the best footballer is, maybe, Robert Ng’ambi and when you consider that he plays for modest Platinum Stars, then you know there is a problem.

In the Super League, you can, maybe, talk about John he had once again “seen” the place he liked.

He told us how one afternoon he witnessed the dazzling feet of Damiano Malefula of Bata Bullets. Malefula, Chinyama told us, had led Bullets into the finals of the then Castle Cup.

As it were for years, it was unusual that Wanderers would not be battling Bullets in the final.

The Lali Lubani Boys were eliminated in the semi-finals that meant Bullets were to face Chichiri Athletics. Chinyama was a keen follower of Nomads, he cited players like Dick Nyirenda who he described as an intelligent player. But it was Damiano, a football genius, he enjoyed watching.

Although he could not watch football anymore, his interest did not wane.

The reason was Damiano’s wizardly on the ball.

In 2009, Chinyama’s assessment was that the standards of football had gone down. But how could he say that since the last time he watched football was 1971? When he spoke about Damiano in 2009, I could hear the conviction in his voice.

He challenged me that there was no-one like Malefula in the Super League; I wish I could dispute that because all I know about Damiano was from Chinyama’s own words.

So when I went back home on Tuesday, I went there to celebrate the life of Jamisoni Chinyama who died at the age of 82. 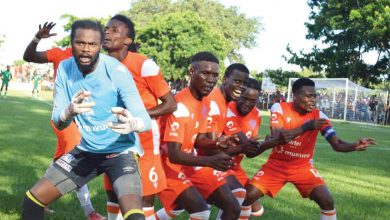