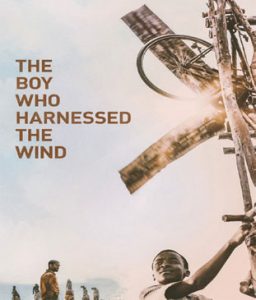 Chiwetel Ejiofor’s film The Boy Who Harnessed the Wind, which was shot in the country and tells the story of the country’s innovator William Kamkwamba, finally premiered on Friday on Netflix.

However, some Malawians insist that Chiwetel and team could have done better on the Chichewa language in the film which was shot in Kasungu District.

However, others praised Chiwetel and the cast for a good job in the film and for telling a Malawian story.

“For me I have no problems with the Chichewa language. It is a good film and well presented. The world has seen the other side of Malawi,” said one fan, who only identified himself as George.

The film was Sunday expected to be screened at Bingu International Convention Centre in Lilongwe by United States Embassy in partnership with Print Media where Kamkwamba was expected to be present.

When Kamkwamba’s story was captured in a book, the world was inspired, hence the decision to turn it into a film.

In fact, the film takes time to celebrate one of Malawi’s cultural artifacts, Gule Wamkulu [mask dance], which is captured in its natural environment.

Ejiofor is quoted as saying he did not want to give part of the cast costume to portray Gule Wamkulu, but had to wait for the opportune time.

This happened while they were deep into shooting, as they were invited to a village where Gule Wamkulu was the highlight.

He says it was the greatest moment in the making of the film.

After the Netflix premiere, only the wind may go wider than Kamkwamba’s story.— Additional notes by Richard Chirombo