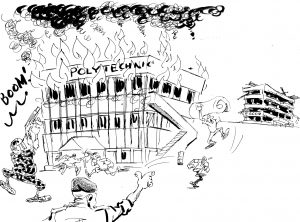 Founding president, the late Dr Hastings Kamuzu Banda, should be turning in his grave in Lilongwe at the rate, as a nation, we are destroying or to be specific burning the very things that he worked hard to build to put the solid foundation for development.

May 21 presidential elections have not been resolved as there is a presidential poll result challenge case raging at the Constitutional Court in Lilongwe.

Chances are that the matter might still be with us for the next six months or so as I am sure the case will end up on the lap of the highest court on land—the Supreme Court.

Between the case and what might be its eventual disposal, there is an angry nation that has decided, as a means of its catharsis, to get rid of the anger by burning everything in its sight.

The worry is what is happening in between—constant demonstrations which the large populace led by Human Rights Defenders Coalition is entitled to and, yes, the senseless mission to destroy the infrastructure of standards that Kamuzu bequeathed to this nation when he left government in 1994.

So schools have been burned, bridges burned, Escom offices burned, everything in our sight and in our fancy, whenever we are angry has gone in our rage of fire, literally.

This week, it was the chance of The Polytechnic, a former constituent college of the University of Malawi which Kamuzu built from nowhere, brick by brick, as a gift to the youth of Malawi.

Because our leaders of today lack ideas, determination and stamina to build other universities, they have decided to break the University of Malawi into pieces to give themselves a satisfaction of having started more universities—total crap.

The issue at hand is that on a clear sunny Tuesday this week, those of us who live in Blantyre got wind that there is a small misunderstanding at The Polytechnic to the effect that the students were not happy that their security is not getting proper attention of the administration that 20 laptops belonging to students were stolen within this week.

I thought in my naivety this is a small issue that should be resolved by the administration hiring more guards or indeed even changing the security company and there are plenty these days.

But come lunch hour, the Chipembere Highway was clear as innocent motorists have learnt their lesson of the violence that is visited upon them whenever there is a small misunderstanding at the Polytechnic.

Then boom! Thick smoke billowed from The Polytechnic and word soon spread that Nyika Hostel is on fire.

The immediate thing to mind was that the students have burnt the hostel to express the anger about their security which is senseless.

Then quickly another quick explanation popped up and it was that the fire has been caused by tear gas fired by the police to quell the students.

The question should be why? What was wrong with the building? Were the students to be quelled on top of the building?

This explanation that the police careless and indiscriminate use of tear gas caused the fire makes sense because why should students burn their own property in the hostel?

Whatever the case, a multi-billion-kwacha hostel was burnt and it will take years, if at all, to reconstruct it.

This happened at an institution that lacks accommodation and whose students, including female ones, are renting places all over townships in Blantyre in unsafe environments.

This country is among the poorest of the poor and what is happening can only be described as a criminality.

It is clear that when these public buildings of standards are burnt, nobody is able to rebuild them to the same Kamuzu Banda-era standards.

I do not know how many years have passed since Escom House in Blantyre was burnt but until now it lays in ruins.

The same is true of many other public buildings that criminals have decided to burn for one reason or the other.

The Polytechnic, a public university, has suffered huge budget cuts just like the other universities since Kamuzu went out of power in 1994.

There is just no way that that the management of The Polytechnic can rebuild that hostel in the quickest possible time.

The result is that the college has inevitably been closed, causing worry and trepidation to the students and their parents who are anxious and want to see their children complete college education and become independent.

Sadly, no one has been brought to book for the arson of public buildings.

In this particular incident, the students are swearing by all that is holy that none of them burnt Nyika Hostel.

Instead, they are appointing an accusatory finger at police officers who came to restore order by indiscriminately throwing tear gas.

This makes sense, I repeat. It is illogical for students to burn their own property housed in the hostel.

But this is Malawi, a land of the incompetent and the corrupt.

By now, nobody is talking about it and the police will do nothing about it.

By next week, we will all have forgotten and probably move to another arson of another building.

No accountability. No report. It will just be ruins of a once quality building.

The criminality goes on.

Flames move a step up 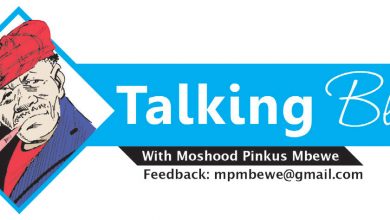