Not long ago, one of the budding defenders George Sangala suffered a horrific leg injury that kept him on the sidelines for almost a year.

It was a blow that almost any football supporter believed that it ruined his career.

However, opening up since 1998 when he suffered an injury during a Caf Champions League against Botswana Defence Force, the former Mighty Wanderers defender revealed that circumstances inside and offside the pitch forced to him quit the game that made him darling to many.

“The injury was indeed bad. I was told to wait for nine months to heal. Basically, I was out of the game for almost a year and my return to the sport was cautious one,” he said.

Sangala, who at Wanderers had formed the backline that included now Football Association of Malawi (Fam) president Walter Nyamilandu and Meck Mwase (presently, Flames Coach), recalled that his stand against the use of black magic commonly known as juju was a catalyst for his departure at Wanderers.

“Coincidentally, I had accepted Jesus Christ as my personal Lord and Saviour. So I did not want to use juju. This is what cost my life at Wanderers because whenever we didn’t get the result, I was being singled out as the problem. They were pointing fingers at me saying I was the weak link because I did not use juju.

“As such, they started putting me on the bench and sometimes I wasn’t part of the squad. The officials will later explain to the fans that I had not yet fully recovered, hence omitting from the squad,” he said.

Sangala eventually left Wanderers for defunct Escom United, where under the leadership of Sunduzwayo Madise, he was allowed to play without juju.

Wanderers’ Secretary to the Board Humphreys Mvula said it was a tricky issue.

“I will say two things. Around 1980’s and 90’s, the belief in juju in football was a must. Clubs, officials and supporters expected the team to use juju. Therefore, they expected players to use juju. That time, there was strong belief but then it was an underworld.

“In the current scenario, I don’t think Wanderers would invest in black medicine; otherwise, we can bring in 11 herbalists to play the game. As Wanderers, presently, we don’t invest in medicine. We don’t think we will have it as a budget line. I don’t think we can force a player to use juju and we will not stop a player from using juju if he so believes in it. We can’t put it as a policy for Wanderers Limited Company,” he said.

In search of greener pastures, Sangala left for South Africa in 2005 to join a Second Division side but Fam and Super League of Malawi (Sulom) did not issue his clearance, effectively ending his career.

“There was a lot of politics happening behind the scenes. If Fam and Sulom had released me, I don’t think my career should have ended so early,” he said.

Sangala started his career at a tender age playing for under-12 and 14 sides in Blantyre where he came across the likes of Fischer Kondowe, Macdonald Yobe, Gift Zakazaka and Kachibowo Malunga among others.

“However, I gathered courage to join Wanderers Youth after I noticed that Tony Phiri, whom we were living together in Ndirande Township, was playing for Nomads Reserve. It was strange because I had never seen him playing, so I went to Wanderers Youth.

Playing alongside the likes of late Frank Buruchanga Mtawali and Holman Malunga, among others, was a dream coming true for the rookie.

“I grew up admiring them and to play with them remains part of my most memorable moments,” he said.

Sangala, who is now a pastor at Christ Embassy heading a branch in Phalombe, was also part of the Flames Under-17 squad that participated in the Dana Cup in Denmark.

He formed a strong defensive partnership with Peter Mponda for their ability to lead and cover each other.

Sangala is married and has a son ‘George James Sangala the Second’.

He comes from Village Senzani, Traditional Authority Tsikulamowa in Ntcheu.

Eunice shines at Sounds of Malawi 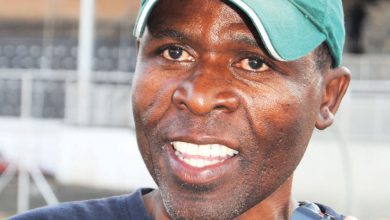