Ndasauka who was UTM consulting team leader during the election.

His sworn statement was also largely used in cross examination of UTM leader Saulos Chilima and a roving monitor but was stationed at the Tally Main Centre in Blantyre Mirriam Gwalidi.

Ndasauka admitted to have a typing error on his allegation that Malawi Electoral Commission (Mec) used a bogus result at one polling station, thereby inflating the result of Democratic Progressive Party candidate President Peter Mutharika.

“You have noted that this witness has said some of the alterations were made to favour Professor Arthur Peter Mutharika but, during cross examination, he conceded that the statement was wrong and exaggeration and there was no evidence in that and it should be actually removed,” he said.

Ndasauka and Frank Mbeta also tussled over the primary source of valid votes.

“In his sworn argument, he seemed to suggest that the log book is the source of valid votes.

But Ndasauka later insisted that the primary source is the log book Earlier, he admitted having basic knowledge on use of the forms when Mbeta pushed for more answers on the matter.

“I have basic knowledge which I trust. I was not at the polling centre but I had contact with our  onitors,” he said.

While the two continued to tussle on the matter, one of UTM lawyers Marshall Chilenga objected to the line of questioning, reminding Mbeta the need to refer to the checklist he had submitted on the areas of cross examination.

Mec lawyer Attorney General Kalekeni Kaphale’s cross examination of the witness was capped to less than an hour following an objection Chikosa Silungwe, a lead counsel of Chilima, made with an  argument that Kaphale did not give a notice on the matter.

Silungwe, however, said, after meeting on the matter, he had allowed him to take the floor but within limited time.

Since Mec declared Mutharika winner of May 21 Tripartite Elections, tension has been hovering around the country, with some quarters disputing results of the elections.

Chilima came third after getting 1,018,369 votes, translating into 20.24 percent of votes counted.

MCP and UTM are challenging the presidential election results in court, seeking nullification of the results. 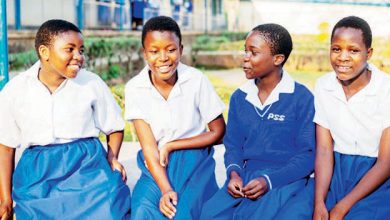