The First Choice Tigresses player took a break from netball two years ago but she has recently been training with the team during online sessions.

Queens Vice-Captain Grace Mwafulirwa-Mhango is the only notable face missing in the squad whereas several senior players including Captain Carol Mtukule-Ngwira, goal-shooter Sindie Simtowe-Msowoya and centre Takondwa Lwazi are in the squad.

In a statement issued Friday evening, Netball Association of Malawi (Nam) General Secretary Isaac Chimwala said the camping was Queens’ continuation of preparations for 2022 Birmingham Commonwealth Games to run from July 28 to August 8.

“FDH Bank, the Queens official sponsor, has pumped in K15 million towards the camp whose adjusted budget for two weeks is K21 million. Nam extends its appreciation and gratitude to FDH Bank for the financial support,” Chimwala said in the statement.

Meanwhile, Queens Coach Peace Chawinga- Kaluwa could not be reached for comment.

The full squad is as follows: 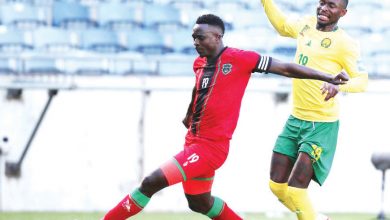