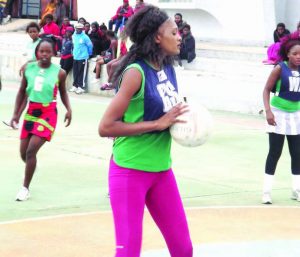 Giants Tigresses were on cloud nine after moving to second position in the Rainbow Paints Blantyre and Districts Netball League following their 46-36 win over Thunder Queens at Blantyre Youth Centre on Saturday.

Tiga had earlier heaved a sigh of relief after Southern Region Netball Committee (SRNC) ruled that Lauren Ngwira was eligible to play for them.

The regional committee had overruled an earlier determination by Blantyre and Districts Netball Committee which resulted into the suspension of all games involving Tigresses, pending a final verdict of the matter.

Ngwira was barred from returning to Tigresses after completing a controversial six-month loan deal at Team Northumbria in the United Kingdom.

However, SRNC Chairperson Judith Chalusa said although Ngwira was cleared to play at Team Northumbria without her local club’s consent, the player belonged to Tigresses.

“We found that there was no tangible evidence to prove that Lauren belongs to any other team besides Tigresses,” Chalusa said.

Tigresses Coach, Peace Chawinga-Kaluwa, said they have been vindicated on the matter.

“Justice has finally prevailed. We feel as if there was a deliberate effort from the administrators to frustrate us. At some point, it appeared as if our opponents were doing this deliberately to push us out of the title race,” Chawinga-Kaluwa said.

Ngwira’s return had an immediate impact on Tigresses’ performance as the team dominated all the four quarters to trounce Thunder Queens.

Tigresses led the first quarter 12-9 before extending the lead to 24- 20 at half time. In the third quarter, Tigresses increased the lead to 37- 28 before wrapping up victory in the last quarter after scoring nine baskets against eight.