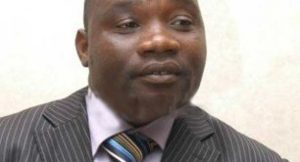 The country’s top flight league sponsor, TNM, has called for the commercialisation of the sport as sponsorship is no longer a charity.

The company is set to hold talks with Super League of Malawi (Sulom) to extend the top flight league’s sponsorship.

“As we go back to the round table to negotiate this partnership beyond the 2019 season, we believe we will come up with a sustainable partnership that benefits both us as a business and the country’s football fraternity. Sponsorship is no longer philanthropy.

“Sulom, Fam [Football Association of Malawi] and clubs must come up with practical solutions to the challenges facing the modern game. As clubs— how do you increase the bottom-line and grow your brands? How do you turn eyeballs watching on television into commercial volumes? What systems are in place to promote profiles of your players? Do players realise that they are in their own right commercial entities?” Valentine questioned.

Valentine also asked the media whether they see the need to record history by writing books on local celebrity players, clubs and the league.

“These are some of the questions that need answers. Love for football is not enough. It must be matched with the real resolve to address issues that emerge. We as sponsors, are also held accountable by our shareholders, who invariably are Malawian investors,” he said.

“Sulom should consider this matter seriously. If a mere club can afford to employ a Chief Executive Officer, why should Sulom fail to do so?” Mtanthiko wondered.

Sulom General Secretary, Williams Banda, said they needed to do a critical analysis of the weaknesses and strengths of the 13-year TNM sponsorship as they are about to hold contract extension talks.

“This is the way to go. We started with the commercialisation of the game and we believe there is more to be achieved,” Banda said.

Given the rising cost of living over the years, stakeholders would be hoping that TNM would increase its sponsorship package to help the clubs earn more in prizes.

TNM revealed that it had invested K200 million in the just ended season.