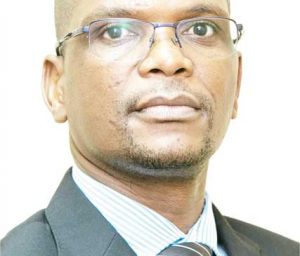 The kick-off of this season’s TNM Super League is set to be historic as it will emphasise the importance of taking the league to grassroots.

This season will be played under the banner Pokopoko, in reference to songs and chants in match venues as well as the drive to make the league known all over.

The launch is the first to take place outside the three major cities of Blantyre, Lilongwe and Mzuzu, and underscores TNM’s long-term commitment to develop football at the grassroots.

“In the past, remote districts such as Kasungu, Karonga and Chitipa did not have football clubs playing in the top flight league. Today, we have clubs such as TN Stars which plays the league’s opening match. This is evidence that our goal to help develop football is bearing fruits,” said TNM plc’s Chief Sales and Marketing Officer, Daniel Makata.

Makata said TNM was proud to be associated with the strides Malawi football is making.

“Through our sponsorship, we have seen talent being promoted from grassroots to the international stage. It is during the tenure of TNM sponsorship that Malawi qualified for the Africa Cup of Nations for the second time in 25 years, and we are anxious to see this happen again. It starts with the league.

“The 2019 season is being launched under the theme ‘Pokopoko; Bring the noise’. Football is about ‘noise’ – noise in a positive sense. Every action comes with a sort of noise or sound effect attached to it. The dressing room is ‘noisy’, players are ‘noisy’, goals, misses, and many other things inspire ‘noise’.

“Bring the noise’ is a call to both the football fans and TNM. For the fans, it ignites their passion for their teams – to support the loudest. To TNM, it is an allegiance that they will keep the game live and as the fans sing and chant,” he said.

This season, Ntopwa United from Blantyre, Mlatho Mponela of Dowa and Chitipa United are new entrants, having gained promotion from respective lower leagues.