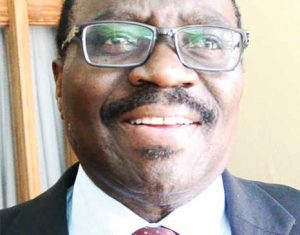 Local manufacturers have been urged to intensify efforts towards increasing productivity and lowering trade deficit which continues widening.

Malawi continues suffering from a negative trade balance due to insatiable appetite for foreign goods and continued reliance on imported inputs for production.

According to the Reserve Bank of Malawi’s 2018 third quarter economic report, Malawi’s trade balance worsened in the third quarter (Q3) of 2018 as imports growth outpaced exports.

Malawi, relatively undersized when compared to neighbours Zambia, Tanzania and Mozambique, is, ironically, the destination of a thousand-plus products.

“It is only the manufacturing sector that predominantly can reverse this trend,” Kumbemba said.

Kumbemba, however, conceded that businesses in the country are still going through turbulent times.

One of the participants, Mapeto David Whitehead Malawi General Manager, Martin Mpata, said smuggling of products into the country was also rampant, affecting the local industry.

He also lamented tax evasion practices by some players which, he said, was stifling the economic growth prospects.

The main export destinations include the European Union (EU), Zimbabwe and Mozambique while the majority of the imports are from South Africa, the EU and China.

Why India has the world’s cheapest mobile data