Landlocked Malawi is set to dedicate its energy to the reconstruction of rail infrastructure on the Beira Corridor.

In so doing, it stands to benefit from annual transport cost savings of up to $45 million with the implementation of the recently launched National Transport Master Plan.

The corridor has been idle for about two decades due to, among other reasons, the wash away of the Chiromo multipurpose bridge in 1997.

The ambitious master plan, with a total financing cost of $9 billion spread over 20 years, would, among other things, make Malawi a major hub of trade and intermodal transport system among some member states of the Southern African Development Community, apart from enhancing regional integration.

Speaking during a consultative meeting with the private sector and the donor community in Lilongwe recently, Minister of Transport and Public Works, Jappie Mhango, said some of the specific interventions in the plan include rehabilitation and upgrading of the existing rail network and expansion to northern Malawi, improvement of port facilities across Lake Malawi to facilitate tourism as well as improved accessibility, improving and expanding existing airports and improving public transport systems in urban areas.

Apart from reopening the Beira Corridor, some of the key areas of expansion include connectivity of Chilumba Port in Malawi and Mbeya and the opening of Mtwala Corridor, which connects with Nkhata Bay Port through Mbamba Bay in Tanzania.

“Traditionally, transport planning has been reactive or problem oriented but the growing trend is [that of] pro-active, objectives-led approaches. The National Transport Master Plan, which was launched in March 2018, uses this proactive approach with the objective of reducing transport costs which are among the highest in the region,” Mhango said.

In addition, about 1,500 kilometers of rural roads to assist agricultural productivity and improve rural accessibility would also be attended to, Mhango said.

The master plan is aligned to the Malawi Growth and Development Strategy (MGDS) 111, whose goal is to build a productive, competitive and resilient nation. The interventions in the plan have focused on catalysing growth in the economic sectors of agriculture, industry, tourism and mining by taking into account projected growth in these sectors.

“High transport costs impede export competitiveness directly and indirectly with imported inputs. Transport has an impact on domestic prices of staple foods contributing not only to the cost of production through the cost of distributing inputs but also the cost of getting agricultural produce to the market,” Mhango said.

The plan envisages that road transport will remain the dominant mode of transport, particularly for domestic freight and passengers. Interventions in the other modes of transport mostly target international freight with the goal of achieving a shift of traffic from road transport to cheaper rail and water transport modes. Improvements on the Nacala Corridor have shown the benefits the economy can attain from using rail transport.

The master plan, therefore, proposes to promote international safety standards for the design and operation of all modes which, in some cases, will require several institutional changes in the sector.

“While the Ministry is grateful to the World Bank for the support provided, the Master Plan will guide the sustainable development of an integrated multi-modal transport sector. It identifies requirements for the sector, in terms of the transport provision for freight and passenger services under each mode and necessary inter-modal transfer facilities,” Chinsinga said.

He said the process of developing the master plan started in February 2016 and has been consultative at all stages. Stakeholders were engaged on the ground through a series of meetings “where we highlighted our expectations from the key economic sectors particularly with respect to the provision of data which was key to the formulation process. There were representatives from development partners at all these meetings”.

As a ministry, he added, “we have made the reduction of transport costs our chief goal. The Master Plan achieves this by first advocating for a modal shift from road to rail and inland water transport along the major corridors”.

It also includes a component on strengthening the regulatory framework of the sector through the introduction of semi-independent regulatory bodies.

He said the successful implementation of the Master Plan would require the support of all key partners in the transport sector and beyond.

“It is our expectation that, at the end of the 20-year period, we, or those who come after us, will sit down and reflect on the transformation in the transport sector,” Chinsinga added.

She said a number of countries in the region have improved transport infrastructure, which has increased their economic levels.

“The Authority coordinated the whole project of coming up with a national transport master plan. However, there were numerous stakeholders who participated and contributed greatly to the formulation of the plan,” Kajanga said.

The World Bank’s involvement in the transport sector dates back to 1966 when it funded the Zomba-Lilongwe Road being the fruit of the bank’s first lending operation in Malawi, according to Country Manager Greg Toulmin.

“It is in that line that the World Bank is happy to be part of this contribution to the sector as it forms an integral part for the integrated economic growth and social development for the country,” he said.

The conglomerate, Briggs Development Group (BDG), says exports which contribute to the revenue of the country are highly reliant on a properly functioning transport network, and all the modes which include urban and rural transport, railways, inland waterways and civil aviation are important for this function.

The Group’s Chief Executive Officer, Leonard Briggs, said, since transport costs in Malawi are among the highest in the region, the master plan presents a comprehensive review of the sector and a detailed plan highlighting priority projects for the next 20 years aimed to reduce costs for both freight and passenger services across different modes and in necessary inter-modal transfer facilities.

It is clear that, with the master plan as a guiding tool, Malawi cannot be lost. At least in the next 20 years. 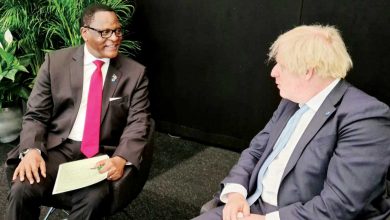 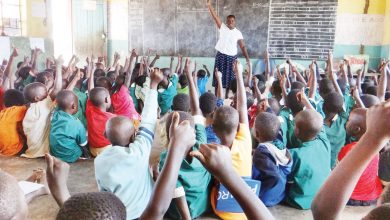