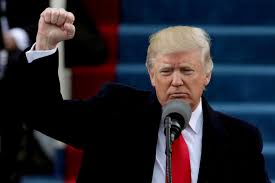 A judge in the United States (US) has put a temporary halt to an order by US President Donald Trump’s administration denying the possibility of asylum to people who enter the US informally.

The measure will last until at least December 19 when the judge has scheduled a hearing to consider a more long-lasting injunction.

Trump cited an overwhelmed immigration system for his recent proclamation that officials would only process asylum claims for migrants who present themselves at an official entry point.

In his ruling, Tigar said Congress clearly mandated that immigrants and refugees can apply for asylum regardless of how they entered the country. The judge called the latest rules an “extreme departure” from prior practice.

“Whatever the scope of the president’s authority, he may not rewrite the immigration laws to impose a condition that Congress has expressly forbidden,” Tigar wrote.

Tigar was nominated to the court by Barack Obama, the previous US president.

Previous Trump immigration policies, including measures targeting sanctuary cities, have also been blocked by the courts.

The latest asylum ruling came as thousands of Central Americans, including a large number of children, are travelling in caravans towards the US-Mexico border to escape violence and poverty at home. Some have already arrived at Tijuana, a Mexican city on the border with California.

Rights groups have said migrants and refugees are being forced to wait days or weeks at the border before they can present themselves for asylum.

The American Civil Liberties Union has said the law stipulates that the right to request asylum must be granted to anyone entering the country, regardless of whether they do so at an official port of entry or come in informally.— Al Jazeera