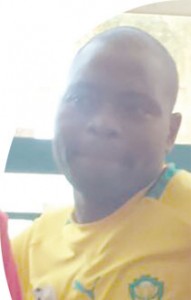 Former Big Bullets and Flames goalkeeper, Trust Lunda, recently underwent surgery at Kamuzu Central Hospital in Lilongwe where he had his toe amputated.

Lunda, who left Bullets for South Africa in 2011, confirmed yesterday that his innermost toe on his right foot was removed following complications that started in April this year.

“I just started feeling a lot of pain and when I went to the hospital, I was given some treatment. I was told it was not cancer but some disease I can hardly explain. The condition did not improve until they removed the toe. I am feeling better now. The wound is still fresh, therefore, I am not sure when I will be discharged,” he said.

Lunda has been in the hospital for three weeks, and Bullets officials and players visited him on Sunday morning before travelling to Dedza for the Super League match against Dedza Young Soccer.

“They brought me several groceries and they also gave me money. I am happy that they remembered me. I didn’t expect them to come because it has been long since I left the club. I hope that they will do the same for other former players,” he explained.

Bullets’ team manager, Rahim Ishmael, said they decided to reach out to their former goalkeeper because he was one of their own.

“He contributed a lot to the success of the team, therefore, we decided to offer a little help we could afford,” he said.

Lunda completed his playing career in Swaziland and he started rice trading after coming back home.

In his hey days, Lunda spotted dreadlocks and he was famous for his reflex skills.