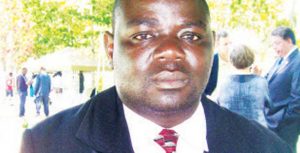 Mzuzu Central Hospital (MCH) has confirmed the death of two people due to typhoid fever which has hit some parts of the city.

The hospital’s spokesperson, Arnold Kayira, said the two are from the same family. He was, however, quick to say the situation is stable.

Kayira said two other members of the affected family had been admitted to the hospital while four more were quarantined.

“I should report that the situation is stable. Since we received the cases, we have not admitted any [ more patient]. We have only two patients in the hospital whose condition is stable; they have been treated,” he said.

The hospital’s decision to quarantine the house of the affected people came after community members raised an alarm.

“After the death of the two people, community members came to report that two other children had symptoms similar to those who died. So they [children] were quickly brought to the hospital and their house was sprayed with chemicals as a preventive measure,” he said.

Kayira said this is the first time the hospital has had a typhoid fever outbreak but reiterated that it is only one family that had been affected.

Ministry of Health spokesperson, Joshua Malango, said the outbreak is due to poor hygienic practices.

“Just as it does with typhoid, cholera and other diarrheal diseases, the Ministry of Health is working hand in hand with its partners: governmental and non-governmental organisations to improve the situation of water, sanitation and hygiene. We have also intensified community engagement and education on the prevention and control of typhoid,” he said.

Some reports are connecting the outbreak to the nearby filthy Nsilo Waste Management Facility whose wastes attract flies that spread to the city carrying disease-causing germs.

Meanwhile, health rights activist, George Jobe, has called upon the government to treat the outbreak with urgency.

I will not stop ‘handouts’—Joyce Banda