This represents a 7.5 percent increase when compared to the K106.8 million surplus the Sacco posted in 2019.

It follows an annual general meeting (AGM) the Sacco held recently in Lilongwe.

The statement further indicates that revenues grew in the year under review by 23 percent to K257 million due to increase in loan uptake and returns from the Sacco’s investments.

However it protracts that the performance could have been way high if not for the challenges faced during the year.

“The Sacco is currently experiencing loss of membership. This has caused a drop in membership, shares, savings and loans. This is attributed to the Covid pandemic which has hit most of our agencies hard in terms of funding, causing most of them to retrench or restructure,” the statement reads.

In an interview UN Sacco President Donnie Kalima said the Covid pandemic was working on several methods to ensure that it remained sustainable and profitable.

“We are looking at adoption of an electronic funds transfer facility for payments and disbursements, diversification of the portfolio by increasing the Sacco’s investment base to increase non-interest income and also expansion of the Sacco’s member base by bringing in more organisations in line with Sacco policies.

“To solve the problem of understaffing, the Sacco will recruit an accounts assistant shortly. The process is underway and we should have the new staff member in soon after the AGM,” Kalima said. 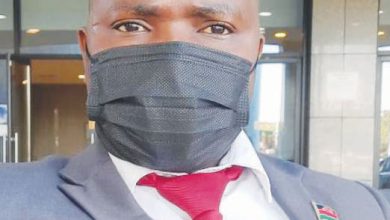