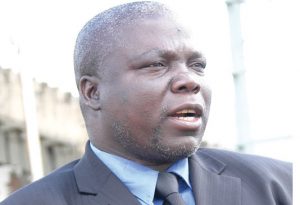 Gama was speaking on the sidelines of the graduation ceremony held at Chancellor College (Chanco) Wednesday in Zomba.

He said President Peter Mutharika assented to the bill and all that was remaining was gazetting.

“This is a process that will need the Head of State to appoint new university vice chancellors and university councils, so it is a long process. Hopefully, soon we will have the current councils dissolved so that delinking process should come to an end,” Gama said.

“So far, more than 40,000 students have accessed loans to help them enter in the university and pay fees. This is a sign that Unima has grown when we are also talking of delinking the university,” he said.

In his remarks, outgoing Unima Vice Chancellor, Professor John Kalenga Saka, who is heading to Mzuzu University, said he would leave Unima a happy man.

“I would like to thank His Excellency the Head of State for giving me another tour of duty at Mzuzu University. I must say this is a gracious privilege and honour from the appointing authority for me to go and serve my country at the second established public university,” Saka said.

Education Ministry Secretary, Justin Saidi, said the government was happy that 352 graduates, who included 238 males and 114 females, had emerged from Unima constituent colleges of Chanco, The Polytechnic and College of Medicine.