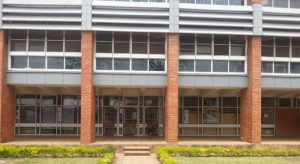 Support staff in University of Malawi (Unima) constituent colleges and at Unima central office are today expected to start a sit-in over a labour dispute with Unima Council in respect of a demand for 10 percent salary increase.

The increment is based on the 10 percent which the government offered in July 2017 to all workers in statutory corporations including Unima.

According to the support staff, the council paid the 10 percent to academic and administrative members and excluded support staff.

“The University Council insists [that] this increment was effected, which is a lie. We have been engaging them but nothing tangible has been discussed, hence we are going ahead with our strike,” University of Malawi Trade Union (UWTU) Secretary General, James Khando, said Monday.

A seven-day notice of the sit-in, addressed to University Registrar and Secretary for Labour and Manpower Development, indicates that it was supposed to be effected from October 4 2018.

Conciliation on the matter took place on September 27 2018 but parties failed to resolve the issue after discussions that Jones Gulumba presided over.

“In June 2017, Unima Council paid 40 percent salary increase to academic members of staff prompting UWTU to demand the same. During the negotiations, it was agreed that UWTU members be paid 25 percent salary increase staggered as follows; 13 percent to be paid from July 2017 and the remaining 12 percent to be paid effective from a date to be determined in January 2018,” reads the notice in part.

Khando said the general feeling is that some members of staff are being treated unfairly, hence the decision to stage a sit-in.

Unima Registrar, Benedicto Wokomaatani Malunga could not be reached on his mobile phone while Ministry of Labour Principal Secretary, Joseph Mwandidya, said he was not at the office.

However, University of Malawi Student Union President, Griefson Gaven, said it is unfortunate that this is happening when some colleges are opening today as students are coming from mid-semester holidays.

“This will affect us because the support staff are very important, especially in the libraries. We only ask the two parties to find a solution quickly because that will compromise our education,” he said.

In April this year, the support staff staged a sit-in, asking Unima Council to honour its pledge of the 12 percent salary increment from the initially agreed 25 percent, after management partly managed to pay the other 13 percent.

During the strike, students in some Unima constituent colleges failed to access services in libraries, laboratories and other key facilities operated by clerical, technical and other support staff.