Campus time is prime time’, so goes the casual saying among the youth, which appears to be fashionable these days. This is the time that young people tend to explore their sexuality and try to know more. This is also the stage at which a youngster transforms into an adult. They become independent decision makers about their life’s choices.

University years can also be characterised by wrong decisions, if the adolescents are not equipped with the right information about their sexuality.

United Nations Population Fund (UNFPA) says Malawi is one of the Sub-Saharan countries whose youths still have problems to access sexual reproductive health services and information. This has led to alarming unwanted and teen pregnancies and Sexually Transmitted Infections (STIs) including HIV.

This year, Malawi News also carried a story which revealed that 150 STI cases were recorded at Lilongwe University of Agriculture and Natural Resources (Luanar) clinic in six months. Health activists attributed this to high unprotected sexual activities and lack of information.

With this background handy, the local team of Gracia Marcel Mandela Trust initiative recently dated Polytechnic students to appreciate the challenges that they encounter when accessing reproductive health services.

University students are regarded as knowledgeable and sophisticated enough to protect themselves from contracting STIs and make informed choices on their Sexual Reproductive Health (SRH).Most of them do not ask what they do not know for fear that they may be misjudged by their peers or others. This happens because they are regarded as intellectuals.

Robert Mpira, a student at University of Malawi’s The Polytechnic says young people would want to use Post Exposure Prophylaxis (Pep), but it is not readily available at the health facilities.

World Health Organisation says Pep is a short-term Anti retroviral treatment to reduce the likelihood of HIV infection after potential exposure, either occupationally or through sexual intercourse.

“Some of the male students don’t feel like using condoms while others would want to be having Pep for various reasons but it is not always available at public health facilities. Sometimes we can’t access it because the clinics close earlier,” he laments.

Precious Mtawali (another student) says some students like to test for HIV at their own time, not by force, like is done at most facilities. He says this discourages young people from freely patronising health facilities.

“The trend is; if one has an STI, they have to test for HIV. I don’t think this is fair. Some people just want to have treatment for the STI that they have and they don’t want to know their HIV status. It’s a choice to know one’s HIV status… give us a choice whether to know our HIV status or not,” he says.

Some female students claim they are discouraged from going to health facilities because health workers are quick to conclude that any Sexual and Reproductive Health (SRH) problem is an STI.

Thokozani Kaumphawi says people have a negative attitude towards young women that are using contraceptives.She says there is a deeply rooted belief that those who use contraceptives may have difficulties to conceive later in life.

“At the family planning clinic, people tend to get surprised when they see you there. In their mentality they tend to wonder how you want to be having contraceptives when you are not even married yet,” she explains.

Kaumphawi highlights the importance of the leaflets that are found at the health facilities as the main source of SRH information, for the benefit of the youths.

UNFPA says Malawi has its largest youth population ever. 80 per cent of this population is below the age of 35; 45 percent is below 15 years.

A ministry of Health Policy Brief titled ‘strengthening the delivery and accessibility of Youth Friendly Health Services (2016) in Malawi’ authored by Edward Zombe says despite efforts to provide YFHS, the uptake of services by young people is limited.

He adds that this has many consequences, including low knowledge about how to prevent HIV. This happens in either rural or urban areas.

He observes that young people avoid clinics because they are not comfortable with the providers’ attitudes. The policy brief says such perceptions result from their own experiences, secondary information from peers or a general reputation about the services.

This also applies to the university students. They note that some public health facilities do not have YFHS section but instead just incorporates it in other STI sections, a thing which discourages the youth from going there to access the services. They are afraid that people may imply that they have STIs when it is another reproductive health issue.

President for Environmental Health Society at The Polytechnic, Wiseman Scott says YFHS in Malawi are bitter sweet, considering the fact that sexuality issues are still regarded as a taboo and not fit to be discussed among young people or adolescents.

“It’s challenging for an adolescent to easily access SRH services. Yet the adolescents are the ones who are sexually active,” he says.

Youth Advocate for the United Nations Gracia Marcel initiative, Christina Chirimba (former student of Polytechnic) says she is not satisfied with the way YFHS are conducted in Malawi. She says there is still a gap on how the SRH services are delivered to youths.

“As a youth, I wouldn’t say I’m very satisfied. Much as SRH are there, they are not easily accessible to young people, save for those who are married or pregnant. SRH should be within range, health services are not integrating the youth,” she notes.

The local Graca Marcel Trust team is working together with Mai Khanda and other civil society organisations in the health sector, conducting meetings with youths (countrywide) from various sections in order to appreciate their concerns regarding sexual and reproductive health and rights.

Mai Khanda project Executive Director, Eric Tsetekani, says the collaboration by civil society organisations will help address the challenges that the youth have been facing in accessing health services.

Tsetekani says his organisation is working in collaboration with other organisations such as Malawi Health Equity (Mhen) and Health and Rights Education Programme.

He says Graca Marcel Trust local team which is championed by Malawi’s first lady Getrude Mutharika has been working together with Mai Khanda and other local civil society organisations in tackling issues to do with Maternal and Neonatal health.

Health and Rights Education Programme Executive Director, Maziko Matemba, says a lot still needs to be done as the research which his organisation and other partners conducted established that many youths are yet to be reached.

“Adolescent issues affect the health status of a nation. We visited the Poly because the Trust could get more information from the students,” he says.

Matemba says Sustainable Development Goal number three (which aims at ensuring healthy lives and promote well-being for all, at all ages) is one of the key agendas discussed at the UN this year.

Matemba points out that it is important to address health issues of adolescents, considering the fact that the latest World Health Organisation report says in 2015, 1.2 million adolescents died.

Dividend through investments in youth published by Population Reference Bureau says adolescents and the youth need access to STI and HIV testing and treatment, condoms and other modern contraceptive methods, and comprehensive abortion to stay healthy, avoid unwanted pregnancy, and maximise their chances for greater educational attainment and economic success.

It further says research shows that proximity to youth friendly care facilities and to condoms increases the likelihood that the adolescents and the youth will utilise those services and enjoy a better health outcome.

YFHS were established upon the realization that adolescents and young people are exposed to a broad range of SRH challenges, including unwanted pregnancies, STIs, HIV and AIDS.

Malawi government introduced the YFHS program in 2000. In 2007, the Ministry of Health-Reproductive Health Directorate (MOH-RHD) developed YFHS Standards with the aim of providing quality services to young people.

In 2014, the MOH-RHD and the Centre for Social Research (University of Malawi) with assistance from the USAID-supported Evidence to Action project, conducted its first comprehensive evaluation of the YFHS programme.

In order to have a complete circle of their ‘prime time’, university students also deserve to have a comprehensive YFHS package which will address all their SRH and rights issues. 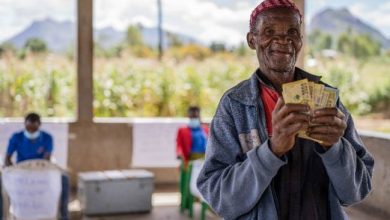 Over 1 million people received food assistance during the lean season 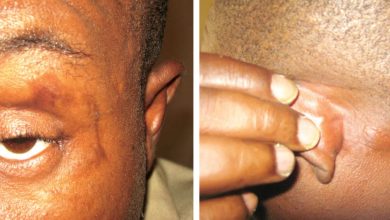 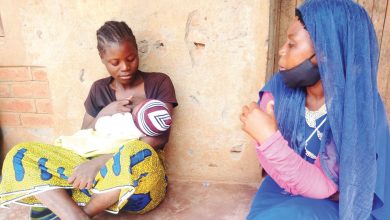 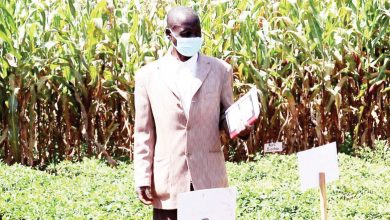