The country has been awash with cases of violence against women and girls. There have been cases of defilement and rape which saw some women and activists marching to ask the government to protect them by meting stiffer sentences on perpetrators.

Questions have been raised as to why some men stoop so low to defile girls and rape women.

The discussions on how to solve this problem and create a Malawi without cases of defilement and rape as well as an environment that respects women and girls has not eluded the creative sector, which has also been in the fore front in tackling the challenges.

And in December last year, Blantyre-based groups YDC partnered to stage a play that tackled the issue of violence against women and girls and this was also part of joining in the 16 Days of Activism.

One of the organisations that have also been involved in tackling the issue of violence against women and girls is Art and Global Health Centre Africa (ArtGlo) through a project known as Make Arts for Women’s Activism (Mawa).

The organisation through Mawa project has been running a radio play for close to 11 weeks on Times Radio tackling the issue of violence against women and girls with several challenges revealed in the play.

Through the play, written by Luke Destiny Manja, forms of violence have revealed with people being involved through answering of questions and those giving out right answers earned themselves brand new Mawa T-shirts.

The programme produced by Carrim Mpaweni came to an end on Tuesday finishing off with the last part of the radio play and then a panel discussion on ending violence against women and girls featuring panellists Justin Phiri who is director of Tisungane Community Support Organisation, Sharon Kalima Nkhwazi (ArtGlo Programme Manager) and Kumvana Mlumbe (Legal Manager from Women’s Legal Resources Centre (Wolrec).

The discussion also spoke highly of the importance of the radio play in bringing awareness to the people about the forms of violence that women and girls experience.

Phiri said as a community support organisation they have been in the forefront to enlighten people about violence against women and girls and that they will continue to do so.

“We also have been using art which is key and we have seen the results and I should also take time to commend ArtGlo for the play which has given people a chance to be entertained but also at the same time get to learn some of the rights,” he said.

Phiri said art in various forms goes beyond entertainment and called on players and non-governmental organisations to use it fully to reach out to the masses and help bring about change.

Todd said they have several projects they run which have embraced arts in terms of reaching out to the people and bring about change and that the Mawa project is one of them.

Mawa project is funded by the UN Trust Fund to end violence against women and girls under the Spotlight Initiative.

The play also saw a number of songs speaking highly about violence against women and girls being used and one of them is that which was done by musicians Faith Mussa and Nandi titled ‘Athawire Kuti?’

This is a theme song that featured highly in the play and the lyrics in the track speak against child marriages, violence against women and girls and any form of abuse.

Faith said he has always advocated for positive change in society and that he was happy to work with ArtGlo through Mawa project to craft the song.

“This is just another way of extending my influence to reach more people with the message of change as you know I am also an Ambassador for World Vision on ending child marriages,” the singer and guitarist said.

The artist had promised after the release of the song that he will keep his promise of including a song on Gender Based Violence (GBV) in every album that he releases until these cases end.

Kalima Nkhwazi said with the increasing rates of violence against women and girls, they thought it wise to come up with a way that would help them reach out to a wider audience in addressing some of the forms of violence that were better portrayed in the just ended play.

“A radio play was surely a better way of reaching out to people from all walks of life nationwide.

One of the things that we were also keen on was to interact with our listeners, that is why we had the weekly questions where listeners were answering questions from the issues tackled in the play and those successful received T-shirts,” she said.

Kalima Nkhwazi said ArtGlo has always valued arts in its programmes hence taking up a lead role in working with artists to bring awareness on different issues.

“We were impressed with the responses that people were giving after listening to the play and we hope to do something similar in future,” she said.

Having concluded the play, Kalima Nkhwazi said they were still continuing with the Make Art for Women’s Activism project.

“We have an online cohort which we are currently training on how they can use human centered design and participatory arts to end violence against women and girls in their communities,” she said.

In addition, Kalima Nkhwazi said when Covid cases decrease, they will move on to the next district among the five districts they have planned to implement the project in as well as train grassroots organisations from there on ending violence against women and girls. 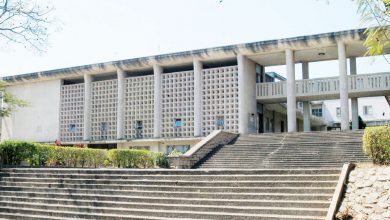