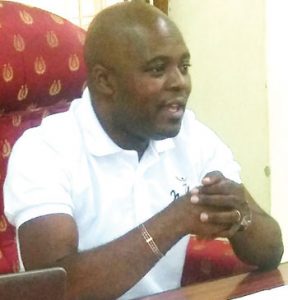 Vam General Secretary, Jairos Nkhoma, said they need about K40 million annually to carry out activities on its calendar.

Nkhoma said the association received about K2.5 million for the 2018/2019 financial year, with another chunk of K1 million being earmarked for the Presidential Initiative on Sports.

“For the past four to five years, the government, through Malawi National Council of Sports, has maintained the insufficient subventions despite the rising cost of goods and services. This means, for the Presidential Initiative on Sports, we can only allocate K300,000 to our regional leagues in a year,” he said.

Nkhoma said the association needed more resources for purchasing materials and equipment to ensure that leagues and teams comply with international standards.

“We ask each region to work out its budget for buying materials and equipment. But what we get is far below what the game needs to develop. For instance, one volleyball net costs over K80,000 and one ball goes at about K60,000. So we need more money to satisfy the needs of our game,” he said.

Nkhoma blamed t h e government for lacking seriousness in funding the association, saying this has crippled the development of the minority sport discipline.

“This is a team sport and it needs more money as compared to an individual sport. It is therefore our plea to the government to increase funds to volleyball and other minority sports. Football and netball have recieved increments over the years and we deserve the same treatment,” he said.

Administration Manager, Henry Mereka, refused to comment on the matter, saying Vam has not officially brought the matter to their attention.

Paul Banda in Night with a Legend