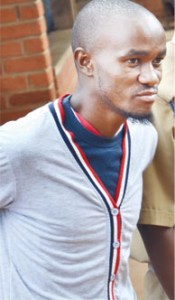 The High Court in Lilongwe on Wednesday failed to start hearing of a matter in which convicted former Accounts Assistant in government, Victor Sithole, is appealing against his conviction and sentence on Cashgate charges.

Sithole, who initially filed the appeal when his lawyer was former Justice Minister, Raphael Kasambara, is currently serving a nine-year jail term.

Judge Charles Mkandawire was expected to start hearing the matter yesterday. It is said that the judge had other commitments in Blantyre.

A notice of appeal dated September 29, 2015, reads: “Take note that the above matter has been set down for hearing on the 2nd day of December 2015 at 9 o’clock in the afternoon.”

According to court records, Sithole wants the court to quash his conviction and sentence.

“At the close of the prosecution of the case, the trial magistrate erred in law and fact in holding that the appellant had a case to answer on all counts; trial erred in law in convicting the appellant when there was no evidence to support such convictions,” read some of the grounds of appeal.

He was convicted of charges of illegal possession of foreign exchange, being found in possession of property suspected to have been stolen and money laundering.

Sithole was convicted on October 25, 2014 and was sentenced on November 4, the same year. A petition of appeal was filed at the High Court on November 10, 2015, by Kasambara.

Richard Kapile is now representing Sithole in the matter.