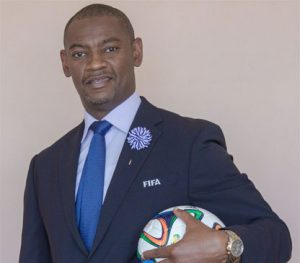 Football Association of Malawi (Fam) president Walter Nyamilandu has been inaugurated as a Fifa Council member during a ceremony held in Kigali, Rwanda.

According to a statement from Fam, Nyamilandu was in Rwanda to attend his first ever Fifa Council meeting Friday.

“On Thursday, Nyamilandu joined other Fifa Council members in paying respect to the victims of the 1994 Genocide at Kigali Memorial Centre,” reads part of the statement.

Nyamilandu became the first Malawian to win the post when he defeated his South African counterpart Danny Jordaan.

He floored Jordaan with 35 votes against 18 after a second round of voting.

In the first round, Nyamilandu also emerged winner when he got 23 votes followed by Jordaan who got 16 whereas former Tanzanian FA president and Caf executive member Leodegar Tenga came third on 14 votes.

By sitting in the Fifa Council, Malawi has been promoted to an active participant in the policy direction of the world’s governing body.

By sitting in the council, Nyamilandu is holding one of the most powerful football positions in the world.

This also means that the Fam boss has gained powers in African football, complete with a champagne and generous lifestyle that goes with hefty allowances.

As the most powerful man in Malawi’s football, Nyamilandu is already entitled to attend Cosafa, Confederations of African Football and Fifa congresses every year.

Nyamilandu’s election means that Africa has eight members on the Fifa general council, including Caf president Ahmad Ahmad and Fatma Samoura from Senegal.