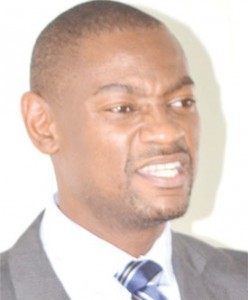 Football Association of Malawi (Fam) President, Walter Nyamilandu, has described calls for his resignation over the Flames poor performance as politically motivated.

“I was elected legally and I cannot leave my office illegally. I am remaining with 15 months to run football affairs in the country. I would like to repeat that I have no interest in contesting again [for the Fam presidency] in 2019.

“I know that I have enemies who would like to get into office through the backdoor because they are afraid that they cannot win against me [if I stood again]. It is a pity because some of them are executives. I know them and they know themselves,” a highly-charged Nyamilandu told the press at Mpira Village in Chiwembe Township, Blantyre Wednesday.

Nyamilandu called for the press conference following recent criticism over his administration and the Flames’ poor run under Ronny van Geneugden (RVG) who has won twice in 17 games in all competitions.

A group of concerned supporters want to stage a protest march and deliver a petition to Fam’s offices over the team’s poor performance.

But the Fam boss said he would see out his term which ends next year.

“I was elected at a Fam annual general meeting (AGM) and I would like to emphasise that in December during the Fam AGM, I will unequivocally, tell the affiliates my stand on the forthcoming Fam elections. I have said many times that I will not stand again. I do not know as to how many times I should answer this question,” he said.

However, Nyamilandu, 47, has in the past made a U-turn twice on his claims that he would not stand again. The former Flames defender has been in office since 2004.

He also outlined his mission to contest for Fifa Council Member position for Anglophone Africa.

Nyamilandu also leapt to the defence of RVG.

He insisted that the Belgian should be given time to oversee the 2019 Africa Cup of Nations qualifiers.

In the qualifiers, the Flames beat Comoros Islands 1-0 last year in June then lost 3-0 to Morocco a few weeks ago. Malawi will also face group B leaders Cameroon, home and way, travel to Comoros then welcome Morocco.

However, Nyamilandu backed the Belgian, saying he is on the right track, developing Malawi football and that he should be judged after the Nations Cup qualifiers.

“We hired RVG to take us to Afcon [finals in Cameroon] and not winning Cosafa Cup or other matches, so after the Afcon qualifiers we will sit down to assess him. To fire RVG at this stage would be a mistake,” Nyamilandu said.

The Fam boss said it was wrong to call for his head when he does not go on the the pitch to play football but his office renders all the support to the Flames.

‘MPs key to chamba use in Malawi’