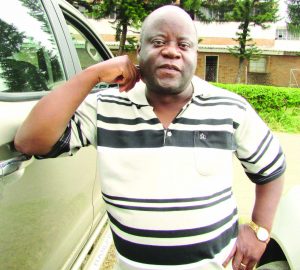 Be Forward Wanderers skipper, Alfred Manyozo Jnr, has denied accusations that he instigated a training boycott ahead of Saturday’s TNM Super League match against Nchalo United.

Wanderers players boycotted training on Friday as they demanded extra allowances following an agreement they claim to have reached with their officials when the team travelled to Karonga for a Super League match against Karonga United.

However, some Wanderers supporters took to social media on the matter, blaming Manyozo for the sit-in.

Some of the fans even showered insults on the skipper at Kamuzu Stadium where the league defending champions came from behind to beat relegated Nchalo United 6-1.

The supporters were not convinced with Wanderers’ first-half performance when they struggled against a visibly exhausted Nchalo who took the lead in the sixth minute through Eddie Chanyuka before Zicco Mkanda replied just before half-time.

Manyozo said he was not to blame for the boycott as he had found the situation out of control on his return from Malawi national football team camp.

“I have played for this team since I was 16. There is no way I can betray my own team when it needs me most. Some of these stories are just being created to damage my reputation. I was not there when my fellow players started the boycott as I was in national team camp. I have a reputation to protect and it is unfair for people to start creating stories out of nothing.

“Let me put it on record that there has never been any training boycott since I took over as captain. This was the first one and it happened while I was away. But if the supporters feel that I am not a good captain, then they are free to demand my removal. I am human and I need my peace of mind,” he said.

Wanderers Chairperson Gift Mkandawire refused to comment on the reported boycott, saying it was an internal matter.

However, Mkandawire advised Manyozo to develop a thick skin as he is bound to face challenges in the course of executing his duties.

“When you are a leader, you should expect that kind of behaviour. At times, it might be true or false. So the best way is to develop a thick skin,” he said.

Wanderers recovered from their lacklustre performance in the second-half to score five goals and win the game 6-1.