If the board gives its consent, then Nomads supporters will elect its executive on February 2 before elections for the main executive committee a week later.

The team was supposed to hold elections last month but opted not to do so as they prioritised their chase for the league championship.

“Time is not on our side. We need to do this before mid- February so that the forthcoming committee should have ample time to start preparing for the forth-coming season. I am sure that those who are interested to run Wanderers will come and vie for various positions,” said Mkandawire.

The Nomads chairperson reiterated that he would not seek re-election despite calls from some quarters in Wanderers family to do so.

“I think I have done my part and it is time for others to run the team. I would like to urge Wanderers family to elect candidates who will make the club more successful,” said the former Super League of Malawi (Sulom) vice president.

So far, no official from the current main executive committee has shown interest to re-seek election.

Meanwhile, former Wanderers team manager, Steve Madeira, has come out of cocoon saying he is ready to serve the team again following his resignation last year.

In an interview Madeira, yesterday, said having been a Wanderers supporter he would consider serving the side again if approached.

“It is no longer a secret that I am a Wanderers fan. It pains me to see the league which we would have won go to our traditional rivals Nyasa Big Bullets. I believe the players, executive and supporters committee plus the technical panel did their best.

“I am now ready to come back in any capacity to help my team fight for the championship,” he said

Madeira, who resigned from his post on personal grounds, joined relegated Super League side, Mlatho Mponela, as chief executive officer.

However, he was still operating from his base in Blantyre.

Nomads were also booted out of Fisd Challenge Cup by Premier Division side, Hangover United, 2-1 at Kamuzu Stadium in Blantyre.

The team needs reinforcements following the departure of midfielder, Francesco Madinga, to a Georgian club, Dila Gori, while former captain, Joseph Kamwendo, retired at the end of the season.

Some of the players in the squad are also aging. 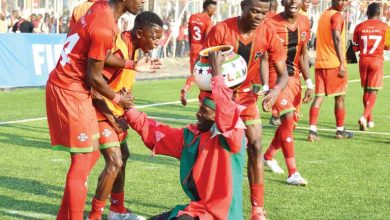