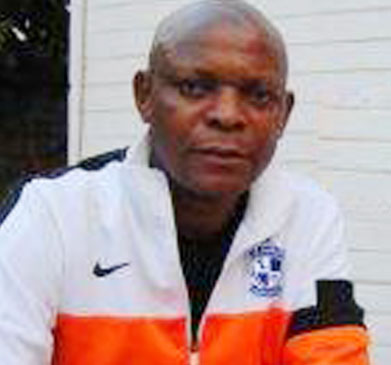 Struggling Be Forward Wanderers have disclosed that they might unveil a permanent coach this week after they fired the Bob Mpinganjira-led panel.

Wanderers General Secretary, Mike Butao, confirmed the development Wednesday, a day after the Nomads exited the Airtel Top 8 following a 1-0 loss to Silver Strikers to bow out of the competition 2-0 on aggregate.

Butao could not disclose the name of the new coach.

“Albert is only an interim coach. We intend to bring in someone permanent this week. We promise the supporters that we are looking within the country and beyond for a solution and we might start implementing this solution this week. We have only lost one game in the league; so, priority will be to recover as quickly as possible,” Butao said in a written response.

“Note that we released Yasin [Osman, technical director] and Allan Kamanga [assistant coach] officially. We have never released any statement regarding Bob because he is the solution to his own predicament. He cannot come and go any time he wishes and prioritise the national team like he is at Wanderers on secondment from Fam. His is a disciplinary issue. That is why we are not making any statement regarding Bob. It should also be noted that the coming coach will pick his own backroom staff.”

Mighty Tigers Coach, Gerald Phiri Senior, was the favourite for the Nomads job but chickened out saying he was committed to Kau Kau.

Sources at Wanderers suggest that they are eyeing Civil Sporting Club assistant coach, Oscar Kaunda, while other sources say the Nomads are targeting a coach from Zambia.

“Wanderers should have given Bob ample time to solve the problems. Now, the situation is slowly getting out of hand as they are out of Airtel Top 8. The genesis of the problem was their intention to get a foreign coach so the coaches might have felt insecure,” Kafwafwa said.

The Nomads, who anchor the log table with three points from two games, won the Fisd Challenge Cup, and finished as runners up in the TNM Super League and Carlsberg Cup last year.