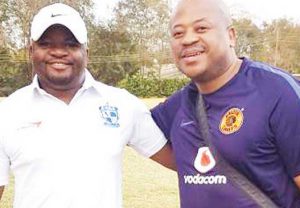 Wanderers have parted ways with some of their highly-paid senior players so as to have a manageable wage bill.

Wanderers Vice Secretary, Chulu Mkangama, said they were spending over K12 million monthly on the wage bill, but it has shrunk to K10.1 million.

“As you know, some senior players such as Joseph Kamwendo and Esau Kanyenda left the club for other professional assignments. Similarly, we didn’t renew Peter Wadabwa’s contract. So, this has worked to our advantage,” he said.

Nomads annual sponsorship from Be Forward Limited of Japan is estimated at over K150 million.

Meanwhile, Wanderers Team Manager, Steve Madeira, has said they have players capable of reclaiming the TNM Super League and at least two trophies.

“We have an incredible squad that should see us reclaim the league championship and winning two or three cups,” he wrote on his Facebook wall.