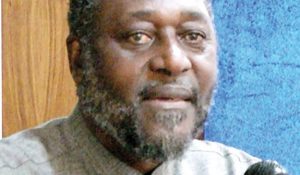 If there is one subject that has dominated economic discourse over the past 10 years, then it is industrialisation.

One thing that everyone— whether politicians, both from the ruling and opposition, industry players, economists and everyone else—has agreed on is the need for Malawi to embrace industrialisation.

Simply put, industrialisation is what happens in countries when they start to use machines to do work that was once done by people. Industrialisation changes the things people do.

From the days of the late president Bingu wa Mutharika, with his economic transformation rhetoric, to the time of president Joyce Banda with her Economic Recovery Plan to the present time of President Peter Mutharika, nobody has disputed that industrialisation is key to economic prosperity.

But despite the overwhelming consensus on the importance of industriliasation, there appears to be little to nothing on the ground regarding steps registered towards industrialisation.

So, who is to blame for Malawi’s failure to industrialise? Who should take lead in the initiative?

Speaking at the start of the 2014 Malawi International Trade Fair, the then Malawi Confederation of Chambers of Commerce and Industry (MCCI) president, Newton Kambala, proposed that the State should lead the way in the industrialisation drive.

Kambala said government could deliberately set up firms in the manufacturing sector which could later be privatised.

“That strategy of deliberate intervention is what all countries making progress in industrialisation have adopted,” he said.

Kambala said it was worrying to note that Malawi has been de-industrialising instead of the other way round.

“Existing businesses have from time to time complained about serious obstacles to manufacturing such as erratic supply of electricity and poor skill base, among others, and yet very little has been done to address these challenges,” said Kambala.

MCCCI President, Prince Kapondamgaga, believes addressing issues of low production in agriculture, which could feed into manufacturing, could be a good starting point to turn the industrialisation dream into reality.

He said such low productivity levels arise from the fact that the vast majority of agricultural activities in Malawi are undertaken at subsistence levels, on very small pieces of land.

“Over the years, such low levels of productivity have derailed industrialisation efforts and frustrated the promotion of sound agro-processing industries in Malawi. In this respect, government needs to encourage farmers to become commercially viable by aggregating their pieces of land and renting the enlarged pieces to commercial farmers.

“This has been done successfully in a number of places. The owners of the small pieces of land would in this case just be earning rent from the commercial farmers. This will in one way improve productivity in the sector,” Kapondamgaga said.

He added that Malawi needs to identify a finite number of agricultural commodities in which it has a well defined competitive advantage and come up with a well-structured strategy to produce such commodities.

According to Kapondamgaga, because agriculture is mainly a private sector undertaking, government should spell out a policy framework that would provide an incentive for organised farmers to invest in the sector and promote agro-processing and value-addition rather than production of primary commodities. 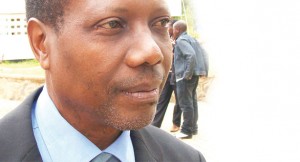 Chancellor College economics Professor, Ben Kalua, Tuesday said there are pockets of industrialisation taking place in the country, but that they are happening at a very small scale to make a significant difference.

According to Kalua, the coming in of the Chinese has seen Malawi producing some goods which the country used to import in the past.

“They are producing some small things in their backyards,” Kalua said.

He, however, said the acute shortage of power that has riddled the economy over the years has made it difficult for large scale industrialisation to materialise.

Investment management firm, Alliance Capital, believes Malawi needs political will to ensure that it achieves industrialisation which is crucial in the economic transformation process.

According to Alliance Capital, government must show and commit enough political and economic will to ensure that meaningful policy efforts are being undertaken that will enable sectors to create synergies for a strong and sustained industrialisation process.

“For Malawi, the dynamics behind a successful and sustained industrialisation are somewhat linear. We cannot talk about meaningful industrialisation if we ignore the agricultural sector keeping in mind that almost 80 percent of the population’s livelihood is perched on agriculture. This is so because there is a significant positive relationship between manufacturing expansion and domestic demand.

“In others words, as incomes per capita rise, share of manufacturing in national income increases. Improvements in agricultural productivity and marketing will therefore boost people’s income and stimulate domestic demand which is a very strong catalyst for industrialization,” the firm said.

Even President Mutharika agrees that delays to industrialise over the past years have resulted in Malawi exporting jobs.

Mutharika added that Capital Hill has engaged Israelis for Malawi to start greenhouse farming in our communities which will come with their own training and industrial centers.

“Our focus is increasing productivity and building community industries. Sometimes, we call them primary industries. And we will focus more on cooperatives.

“Therefore, I want all relevant ministries to implement a programme we shall call Rural Industrialisation for Cooperatives,” Mutharika said.

A decade of talking about industrialisation is long enough. While we waste time overemphasizing the importance of industrialisation, other countries are doing it and are reaping the fruits.

It is now time for action.