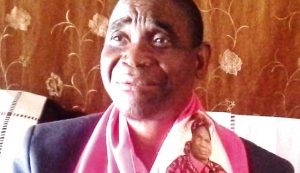 Life has not been the same for Stephan Banda since last September, when an angry mob destroyed his house and property in Chimwaza Village, Mulanje District. His crime? Stephan was accused of harbouring ‘vampires’ that were purportedly terrorising the area in search of blood for ritual purposes.

In mid-September 2017, rumours of blood-suckers spread from across the border in nearby Mozambique to Malawi. Despite statements from the Malawi Police Service and the Society of Medical Doctors dispelling the rumours as a hoax, fear, fuelled, in part, by social media spread across villages and towns, resulting in at least nine people being killed by vigilantes.

Scores more were injured and over 200 people have been arrested for the attacks on those accused of being anamapopa [blood-suckers].

While last year’s flare-up garnered international media coverage after humanitarian workers for the United Nations and other non-governmental organisations (NGOs) pulled out of the affected districts, attacks on people accused of being vampires and witches are not uncommon in Malawi.

The reasons are numerous and complex. Belief in witchcraft is deep-rooted and widespread in Malawi, as it is elsewhere on the continent. The accused usually come from the most marginalised sections of society: widows, older women, the disabled and, increasingly, children.

But even foreign NGO workers, particularly health workers that take blood samples, have been accused of being vampires. Additionally, throughout parts of Southern and Eastern Africa, people living with albinism are extremely vulnerable to ritual killings as some people believe that potions made from their body parts bring good luck and wealth.

Anything from mental health issues to the sudden break-up of a relationship to financial difficulties and even prosperity can be attributed to witchcraft. Those accused face ostracisation, verbal and physical abuse, banishment from their homes and, in the most extreme cases, murder.

Underlying all of this is poverty. A small country with a relatively large population of 18 million, Malawi ranks 170 out of 188 countries on the Human Development Index, with the United Nations Development Programme estimating that 50.7 per cent of the population lives below the poverty line.

Education is also a massive challenge. According to statistics cited by the United Nations Children’s Fund, 21.6 percent of six to 29-year-olds have never attended school, while those in public schools have to manage a teacher-to-pupil ratio of 1:92.

“Anyone who is doing well in business is assumed to be involved in satanism or some form of the occult,” says Banda, a 48-year-old cross-border trader. He says that low educational standards and limited exposure to modern technology in some parts of rural Malawi also contribute to the problem.

“I know of someone who was killed simply because he was carrying a smart phone, a power bank [mobile battery charger] and a [reusable] water bottle as he was jogging in the morning,” Banda claims.

According to Malawian anthropologists Anthony Mtuta and Sangwani Tembo, who were quoted in an article published by African Arguments last November, there is a long history of the belief in bloodletting in Malawi.

“[From] 1948 to 1949, the country experienced [a terrible] famine. People believed that blood suckers were moving about in cars and vans at night. The onslaught only ceased after cars were burnt and a curfew imposed by the village chiefs.”

It is worth bearing in mind that the ‘blood-suckers’ here are not of the Dracula variety. Instead of fangs, it is believed that they use needles, magic and, sometimes, unspecified technology to steal people’s blood.

This blood is then purportedly sold or used in satanic rituals. Despite the Society of Medical Doctors saying there is no “clinical evidence to support any of the many claims to date” – an assertion supported by Deputy Inspector General of the Malawi Police Service Duncan Mwapasa when asked for evidence of vampire attacks by this writer, this does nothing to sway those who believe otherwise.

Paramount Chief Ngolongoliwa of the Lhomwe people says that, even as far back as the 1920s, people feared attacks by the anamopopa, particularly during the summer months.

“Usually these vampire rumours start at the beginning of summer and they end at the start of the rainy season. The common explanation is that it is easy for the vampires to attack their victims in the hot season because their blood circulation is very high,” Ngolongoliwa says.

He says his people have always believed that there are people who use human blood to obtain power and wealth. But he says that he also understands why people, particularly those who are more educated and more aligned to European belief systems, might struggle to accept what for many rural people is the everyday reality of the supernatural.

“It is usually difficult for learned people, who believe in scientific evidence over everything, to believe in magic,” Mangasanja says.

However, legal expert, Michael Goba Chipeta, urges traditional leaders to exercise caution in the way that they discuss witchcraft as it is the spreading of rumours that usually ends up fanning violence.

“It is difficult to make a fair assertion on wherever the vampire allegations are real in a society like Malawi where the laws do not accept the existence of witchcraft,” Chipeta says.

The country’s colonial-era Witchcraft Act provides a legal framework for cases involving witchcraft on the basis that it does not exist. This stands in direct opposition to the majority of Malawians who believe that it does. As a result, there have been calls to reform the 1911 Witchcraft Act to prevent people from relying on traditional courts or mob rule to obtain ‘justice’ or, at the very least, protection.

Association of Secular Humanism Executive Director, George Thindwa, advocates human rights and, especially, defends those accused of pract icing witchcraf t. He condemns the vigilante attacks on people accused of blood-sucking or witchcraft, but also the economic conditions that fans such violence.

“It is unfortunate that, because of poverty and illiteracy, people look at superstition as a way to escape from that poverty,” Thindwa says.

“What we have observed with the blood sucker allegations is that innocent people have been brutally murdered with no evidence,” he adds.

In an opinion piece for the Nyasa Times, Malawian law professor Edge Kanyongolo, asks the pertinent question: “…if witchcraft and magic are ‘real’, as is believed by many Malawians, why do we not mobilise their potency to promote public interest goals, such as national development?”

And, just when everybody thought that the blood-sucker madness had died in the country, a British Broadcasting Service Crew was recently attacked in Karonga District. Reason? They were suspected of being blood-suckers.