Regina Nyirenda-Sauti, 58, risks being dispossessed of a farmland she rightfully obtained through inheritance from her late husband in 1987 in Mgombe Village in Traditional Authority (T/A) Mwansambo in Nkhotakota.

Her late husband, Zebron Buchi- Sauti, hailed from Kasungu where he owned a small farm on which he grew tobacco and other crops for consumption.

Before relocating to Mgombe Village in search of a bigger farmland, Sauti had already married five wives who helped him in tobacco production, which was his main source of income.

“When he came here, he did not bring along his wives. His first wife paid him a brief visit and left to stay in Kasungu. She said he could not live here because there was no access to essential services such as health, clean and safe drinking water and school for the children, among others,” Nyirenda-Sauti states.

But Buchi-Sauti could not live alone for long. So, in his search for companionship, he married Regina the same year and lived with her on the land, which forms a boundary between T/As Mwansambo and Mwadzama.

“He was a loving husband. He had tenants whom he brought from other districts, including Kasungu and Lilongwe, who helped us in tobacco production at this farm,” she explains.

In 1992, Buchi-Sauti was taken ill and he later died at Madisi Hospital. During his ailment, all the other five wives excused themselves from providing care and support to him apparently because they did not approve of his promiscuous life.

Nyirenda-Sauti reveals that her late husband died of HIV and Aids-related illnesses which she suspects he might have contracted from his many wives and concubines.

“He infected me also, but because I accepted the reality and immediately started taking antiretroviral therapy [ART] drugs from 1992, I have remained healthy and strong all this time,” she explains.

After her husband’s burial in Kasungu, Nyirenda-Sauti went back to Mgombe Village and continued to live and farm on their piece of land. She was being supported by her biological brothers, parents and uncles.

She sold a number of valuable machinery, including a pressing jack, to settle the debts Buchi-Sauti had with his tenants.

She continued living a happy life until 2016 when a sister to the departed Buchi-Sauti brought her a 30-year-old man, Pilirani, to live with him.

Pilirani, the aunt had said, was homeless, with no land where he could build his own house and produce food for his family.

But Nyirenda-Sauti suspected that this could be the genesis of her trouble.

“My late husband’s relatives never paid me a visit in my life. That is why their sudden visit to my home created a lot of suspicion in me. But I reluctantly agreed to accommodate him at the farm realising that, being my late husband’s son, he was equally mine,” she explains.

But it has turned out that Pilirani has not only come to seek refuge, but also take ownership of the land Nyirenda-Sauti has occupied and farmed for the last 33 years.

“I am the rightful owner of the land because I am the son of the late Buchi-Sauti. And I have the documents supporting me to take over the ownership of the land,” declares Pilirani.

Chancellor College-based law professor, Ngeyi Kanyongolo, says one of the commonest problems relating to infringement of human rights in relation to deceased estates, which directly affects widows, can be called ‘property grabbing’.

Kanyongolo, who is also a member of Women Lawyers Association of Malawi, defines property grabbing as a practice whereby a widow is forcibly disposed of all the deceased property whatsoever or a larger part thereof, by relatives of the husband during sickness, funeral ceremony or immediately thereafter.

Section 24 (2) of the Constitution of Malawi invalidates any law that discriminates against women on the basis of gender or marital status.

It also mandates the government to pass laws that eliminate customs and practices that discriminate against women, particularly practices such as sexual abuse, harassment and violence; discrimination in work, business and public affairs; and deprivation of property, including property obtained by inheritance.

Additionally, Section 28 (2) says: “No person shall be arbitrarily deprived of property. In essence, every person should be allowed to own property, regardless of gender.”

And in an effort to protect vulnerable immediate members of the family and dependents of the deceased from property grabbing monsters, the government developed the Deceased Estate (Wills, Inheritance and Protection) Act.

The Act defines the immediate members of the family as a spouse and children of the deceased, while dependents are persons other than members of the immediate family, who were maintained by the deceased person immediately prior to his or her death and who can be parents; or a minor (child) whose education was being provided for by that deceased person, who is not capable, wholly or in part, of maintaining himself or herself.

Mwansambo confesses that he is mandated, under the Act, to put in place necessary by-laws and measures to protect widows and orphans from property grabbing incidents.

However, the chief recently overturned a decision the Court Users Committee and the Principal Group Village Head (PGVH) Thanga separately made in favour of Nyirenda-Sauti.

A Court Users Committee comprises senior officials from the police, Judiciary, traditional and community leaders and they provide primary justice services through a project titled Enhancing Access to Justice for Vulnerable Women (commonly known as primary justice among community members).

The Catholic Commission for Justice and Peace of the Archdiocese of Lilongwe (CCJP Lilongwe) is implementing the project in T/As Mwadzama and Mwansambo with financial support from Charles Stewart-Mott Foundation.

The project aims to enhance access to justice for women and children through improving the quality and accessibility of the primary justice system.

In their determination, Thanga and the village tribunal observed that the land rightfully belongs to Nyirenda-Sauti and that she has the right to share a portion of it with Pilirani.

But Mwansambo believes Pilirani is the rightful owner of the land and apparently this has excited the son of the deceased who is now evicting Nyirenda-Sauti and her relatives from the land or face unspecified action.

“I gave my direction on the matter. But it appears the widow is not pleased. But I must clarify that I don’t have an idea on the letter Pilirani has written, demanding the widow and her dependents to vacate the land,” says the chief.

“In any case, I don’t have to say much on this matter because Nyirenda-Sauti is challenging my determination; so, we better wait for the magistrate court to give its ruling on the matter,” he adds.

Nyirenda-Sauti says she appealed because she was not satisfied with the direction of Mwansambo on the matter.

“I suspect that this could be another case of miscarriage of justice. I have lived on this land for 33 years and then all of a sudden I should be dispossessed of the only asset my late husband left for me. I believe that’s a very unfair and inhumane determination the chief could make; hence, I decided to seek justice at the court,” she narrates.

Minister of Gender, Children, Community Development and Social Welfare, Patricia Kaliati, faults Mwansambo for siding with ‘property grabbers’ instead of protecting the victims.

Kaliati fears that the chief might have made his determination out of ignorance of the law.

“A traditional leader that supports or facilitates deprivation of land for widows must be deposed. They are living in the old ages. I would like to ask the anti-corruption institutions to investigate this chief for possible corruption practices,” says the minister.

“My ministry will closely work with the court, CCJP and the police in securing justice from this poor woman. Chiefs must stop abusing their powers to deprive poor widows of their property,” adds Kaliati.

Various studies have shown that cases of property and land grabbing are rampant in almost all the districts in Malawi.

In Salima, scores of smallholder farmers are accusing Senior Chief Khombedza of facilitating the sale of their land to Salima Sugar Company Limited.

The chief denies the allegation. Khombedza suspects that some politician is using the land issue to gain some mileage.

“I am very aggrieved that people have suddenly turned against me, throwing all sorts of names and insults on me because of the wild political machinations by a failed politician. I never sold their land and it is high time they stopped accusing me falsely on this issue,” says Khombedza.

CCJP Lilongwe project officer for Access to Justice Project, Richard Kusseni, discloses that it is against this background that the Commission initiated the project to address the problem.

Kusseni says the major objective of the project is to achieve enhanced capacity of village tribunals to respond to Gender Based Violence (GBV), improved coordination between the formal and informal justice systems in responding to GBV.

“Through the project, we facilitated the formation of and strengthened the capacity of village tribunals, which are reviewing cases bordering on property grabbing and violation of the rights of women and children in the district. Thus, we are committed to linking Nyirenda-Sauti and any other victim of such nature to legal service providers such as the Malawi Legal Aid Bureau to ensure they get justice,” he explains.

Sasa is a phased community mobilization intervention, which seeks to have participatory, gender transformative violence prevention programmes that can both impact levels of intimate partner violence and reduce HIV-related risk behaviours.

“Sasa entails selecting and supporting community members to actively discuss and engage on issues of gender inequality, violence and HIV. These community members include community activists, professionals such as healthcare workers, the police and local cultural and government leaders who identify problems in the area and find solutions to the same,” he explains.

Time to hangout with Hangout Fest 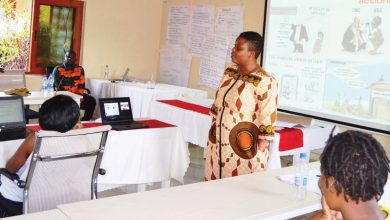 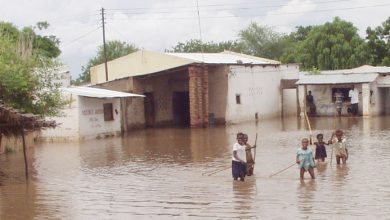