The World Bank has described government’s revenue target in the 2019/2020 national budget as over optimistic.

World Bank County Manager, Greg Toulmin, was speaking in Lilongwe on Thursday during the launch of the 10th Malawi Economic Monitor which is themed ‘Strengthening Human Capital through Nutrition’.

But Treasury Spokesperson, Davis Sado, yesterday said the higher targets have come about because the government has over the past years financed the budget using domestically mobilised resources, adding that though ambitious, the targets are achievable.

Toulmin said the high risk that the target may not be achieved calls for careful expenditure management in the year in order to avoid a high fiscal deficit.

Finance Minister, Joseph Mwanamvekha, observed when he presented the national budget that total revenue and grants are projected at K1.575 trillion, representing 25.1 percent of GDP, and an increase of 26.1 percent from the 2018/19 approved amount of K1.249 trillion.

He added that domestic revenues are projected at K1.425 trillion, which is 22.7 percent of GDP, comprising K1.369 trillion as tax revenue and K55.8 billion as other revenues or non-tax.

According to Toulmin, the Economic Monitor shows that government’s estimates of revenue are consistently higher than the revenues achieved in recent years.

“While we understand that they are introducing carbon tax and they are taking other measures to boost revenue, there has to be a risk that they won’t be able to achieve the levels they are hoping to achieve and the consequence of that is they have to have arrangements to manage expenditure so that the expenditure remains within the revenue they receive,” Toulmin said.

Among other things, the Economic Monitor discusses how the government has continued to face wide fiscal deficits, largely due to expenditure overruns.

For instance, the Economic Monitor says in recent election and cyclone related pressures contributed to a fiscal deficit of 6.5 percent of Gross Domestic Product in 2018/19 fiscal year.

“This was largely financed by domestic debt, which has now exceeded 32 percent of GDP, and total Government debt is over 60 percent of GDP. There is a question how far such debt levels are sustainable given the high cost of servicing them, and they can also lead to the crowding out of private investment,” Toulmin said.

The Monitor also notes that the relative macroeconomic stability provides government an opportunity to implement bold reforms and establish a track record in support of growth and jobs.

The report says the reforms should aim at promoting growth in sectors that must eventually absorb a larger share of the workforce.

To achieve this, the report suggests that government needs to take four key steps including taking tangible steps to strengthen fiscal policy and management to anchor macro-stability, decrease domestic debt, and increase investment.

He added that there was need for Capital Hill to invest in measures to increase resilience to shocks, saying government needs to reallocate public resources to more effective social protection systems that improve the resilience of vulnerable people to increasing weather shocks.

“Invest in human capital development for longer-term growth. As an early adopter of the Human Capital Project, Malawi needs to accelerate investments in people to ensure the next generation is more productive, flexible, and innovative.

“This can be achieved by improving the efficiency of education spending and scaling up family planning services. It also needs to address high stunting rates,” Toulmin said.

Masm claims ratio down by 21 percent 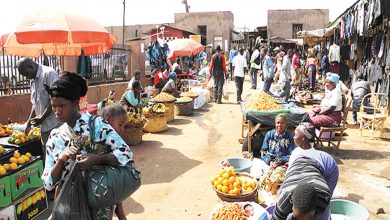