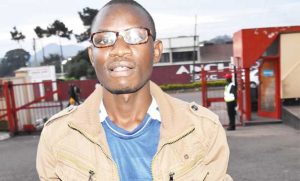 Youthful theatrical group, YDC, is set to perform in Europe later this year.

YDC, which has been active on the ground and last weekend announced that they would be going on a college tour, will perform in Russia, United Kingdom and Germany.

Actor and playwright, Fumbani Phiri, said Wednesday the trip to Russia is fully funded while trips to United Kingdom and Germany are not.

“We would like to raise money for the other trips. We will actually open a crowd funding campaign next week with the help of our partners in Germany and United Kingdom,” Phiri said.

In the UK, YDC Theatre is expected to perform at the Kingston International Youth Arts Festival taking place from July 4 to July 18.

“In Russia, the festival is called Albenia and this is for a youthful audience. We are also performing in July. We are excited to get these opportunities and all this shows the potential that we have as a group,” he said.

YDC Public Relations Officer, Prince Kazembe, said Europe tour will give them a chance to expose their talent but also show the best of Malawi.

“As artists especially the youth, we need such opportunities. There is a lot of talent in the country which needs exposure,” Kazembe said.

He said they are expected to leave the country in June.

Kazembe said YDC is determined to help uplift theatre in the country and that they will continue to produce quality productions.

The group has released plays such as ‘Wasted Adjectives’.

Joseph Alfazema back from Dubai