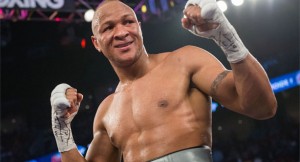 The year 2018 was one to forget in sports as most teams and athletes struggled. However, there is a wave of optimism in the new year.

“It was a successful year for me because I won a Commonwealth belt,” Bashir said Monday.

In football, Kwimbira- Mzika continued to fly Malawi’s flag high, earning selection to officiate at the women’s Africa Cup of Nations in Ghana and the World Cup in France.

There was also more success for Tabitha Chawinga in China and her younger sister Temwa in Sweden.

Back home, the TNM Super League was at its unpredictable best. Nyasa Big Bullets won the championship after leaving Silver Strikers and holders Be Forward Wanderers behind.

Nomads settled for the Fisd Challenge Cup, Masters Security stunned giants Bullets and Wanderers to claim the Carlsberg Cup whereas Blue Eagles started the season with Airtel Top 8 glory, only to lose steam in the Super League.

However, Nyamilandu’s success did not translate to success on the pitch for the Flames who, for the second consecutive year, failed to win a single game at the Cosafa Cup. Their woes worsened by exiting the Africa Cup of Nations qualifiers. Flames finish the year winless.

“It has been tough, eventful but promising. Of major concern has been the unsatisfactory performance of the Flames. However, we take a lot of pride in the new team that has been assembled which is giving us a lot of hope for the future. On the local front, sponsored national competitions were very competitive and entertaining. We, therefore, look into the new season with great optimism,” Nyamilandu said.

However, the same could not be said of the women’s national team and their male counterparts who finished the year without a win.

In netball, the Queens finished on second place at the Africa Championship in Zambia where, for the first time, they lost to the hosts, with Uganda retaining the championship after beating the Queens for a third straight time.

In boxing, star Isaac Chilemba bounced back after 18 months on the injury sidelines after beating Blake Caparello in Australia to claim the WBA Oceania title in March.

However, the Malawian failed to build on his success as he lost to Russian Dimitry Bivol to miss out on the prospect of a future world title.

In chess, Chiletso Chipanga won the Africa Amateur Championship in Livingstonia, Zambia, in what was the major highlight of the sport.

“Surely 2018 was a superb year for me, especially after winning the national championship and being African champion. In 2019, I would like to keep the same pace and do more,” Chipanga said.

Overall, Malawi sports struggled due to poor organisation and lack of sponsorship.