The Daily Times spoke to Platinum Coach, Norman Mapeza, in an exclusive interview on Tuesday, days after Caf released the draw ahead of the two-legged games which kick off next month.

“I think it is a fair draw, playing against the Malawian champions, Bullets, won’t be easy. I do understand, in their last Caf Champions League, they failed to go beyond the preliminary stage and I’m 100 percent sure they have rectified their challenges and they will do everything to reach the group stages,” Mapeza said.

He was referring to the 2018 Champions League campaign which saw Bullets exiting the competition after losing on post-match penalties to Gor Mahia of Kenya after a 1-1 draw on aggregate.

“As for us, we have been there and understand the task ahead of us, especially playing away from home. They have one of the best coaches ever produced in Zimbabwe in Pasuwa. The guy knows Africa football. His coaching history tells it all. We have known each other since way back. We grew up in the same town of Chitungwiza and played together in the Zimbabwe national team early 2000.

“He has done very well so far in his coaching career, winning four league titles in a row back here and taking the Zimbabwe national team to Afcon finals in Gabon. It is going to be a very interesting game simply because we are playing against a team which is coached by our fellow Zimbabwean who has done really well in his coaching career so far,” he said.

Pasuwa earlier told The Daily Times that he relishes the clash against Platinum next month.

“I was not expecting to be drawn against Platinum considering it is from my home country. That makes it a bit difficult for me as a coach. It comes with a lot of pressure for me as well as the Platinum camp. But that is the name of the game. Sometimes you meet opponents who, if you had the chance, you would avoid so it is now on to us as a team to plan and try to come out victors in the two games. Platinum are good but we are going to fight for our dear life,” Pasuwa said. 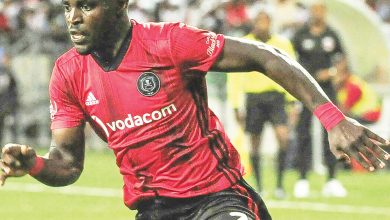